Joseph Irungu alias Jowie will spend his second Christmas holiday in remand after High Court on Thursday ruled it will deliver decision on his bail application on 13th Feb next year. 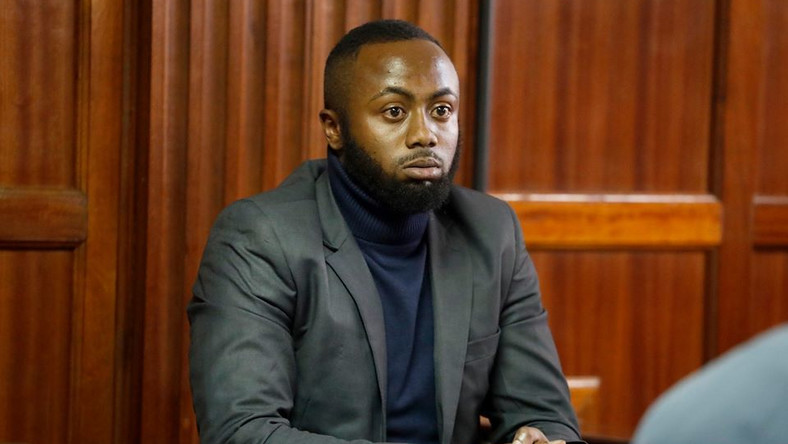 Maribe’s ‘friend’ Dennis Itumbi who has always stood with her shared the information on the ruling via his social media, condemning the court’s decision.

Well, Jowie to spend 2nd Christmas in Remand, as High Court rules it will deliver decision on bail application on 13th Feb next year. Republic Vs Jowie & Jacque Maribe resumes in March 2020.

During the Thursday’s Court session, Maribe’s house help Paemla Kembo told the court that Jowie used to take Jacque Maribe to work on regular basis and then return home, mostly to sleep.

Kembo told a Milimani Law Court that after dropping Maribe at work, Jowie would routinely return to the house and later in the evening he would pick her from work.

narrated how Maribe introduced Jowie to her as being an army officer who worked in Dubai.

She also told the court that Maribe informed her that Jowie was also working at State House.

During her stay in the house, Kembo spotted a gun which she asked Maribe and was told that it belonged to Jowie.

Later on after staying in the house for sometime, Kembo said she could see how Jowie used to take Maribe at work and back in the evening using her car.

During Wednesday court session on the case, details emerged that Monica Kimani lived with a man in her Lamuria apartment where she was discovered dead shortly after jetting into the country from South Sudan.

The details emerged when four witnesses including a gardener, caretaker, a delivery official and co-accused Jacque Maribe’s friend testified before justice James Wakiaga.

The four, who testified for the prosecution in the case against Maribe and Jowie, brought to the fore that the 24-year-old businesswoman lived with a man only identified as Yaseen.

The court was told that despite being seemingly close to the business woman, the said Yaseen was not present during Monica’s burial.