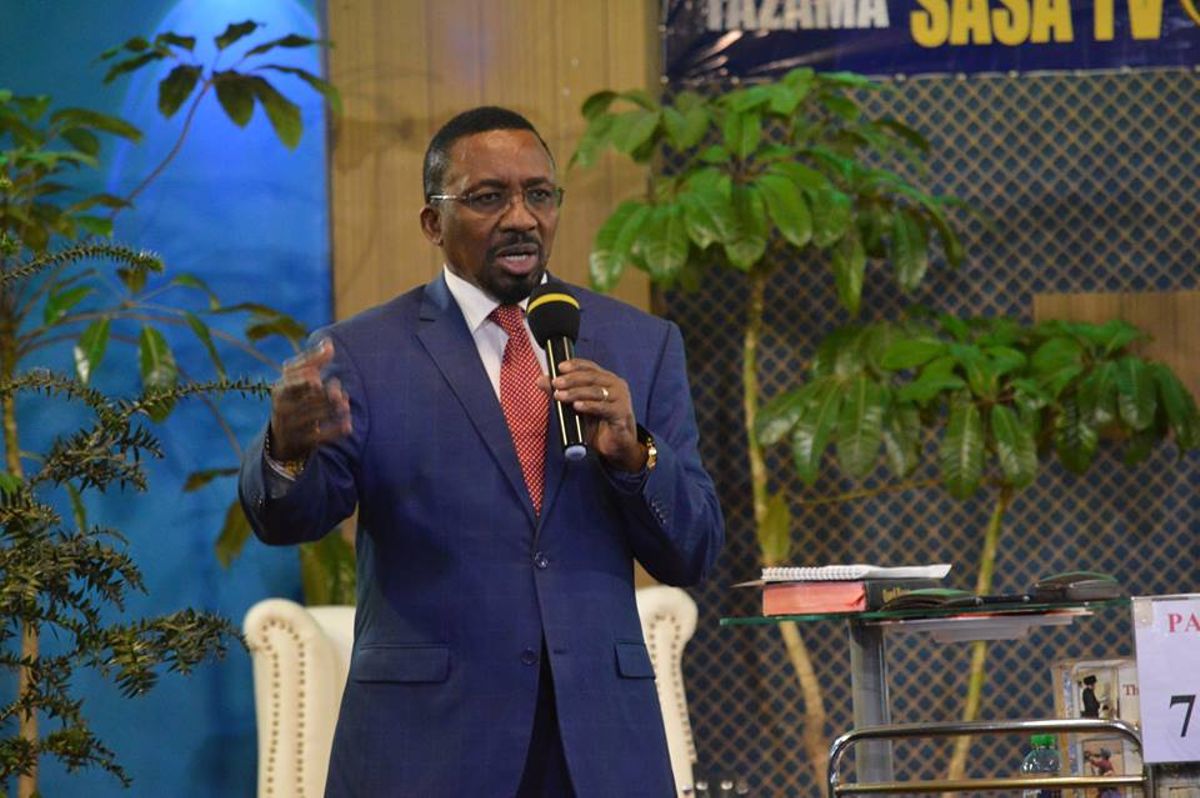 In one video of his church service doing rounds on social media, the ‘man of God’, who was addressing the congregation about the economy, is seen giving out Kenya shillings 5,000 to one of his congregants and later body-shamed him.

Pastor Ng’ang’a went on to rebuke those people bad mouthing  Kenya saying that Kenya is one of the best countries.

This is not his first time, a few months ago, Ng’ang’a was on the limelight after he rained insults on his Bishops for disrespecting his wife.

The angry man of God told the stunned churchgoers to respect his wife or else he will kick them out and they should go start their own church if they do.

“If you are not going to respect my wife I will kick you out of my Ministry it doesn’t matter who you are. This time I will show you my power. If you don’t respect her, leave my Church and go start your own wajinga hawa,”said Ng’ang’ a.

He continues to tell them that they found him there when they came with their wives who had Matuta which refers to an unkempt and unclassy hairstyle.

“You have become rich in my Church; stupid, arrogant, useless people, taka taka, rubbish. There is nothing you can tell me,”Ng’ang’ a insulted.

He pauses and asks them if they think can circumcise him. “I want full respect when I cough you answer, just the same way you did when you came here with torn clothes, and you’re rich because of me.”