Kakamega Senator Cleophas Malala is a man on the spot after his political blunder that has now seen him being branded a sworn enemy by his political party Amani National Congress.

He was suspended from the Musalia Mudavadi led party ANC with immediate effect over gross misconduct.

According to ANC national disciplinary committee, Malala donning rival ODM’s cap drummed up support for the Orange party’s candidate against them during the Kibra parliamentary by-election. 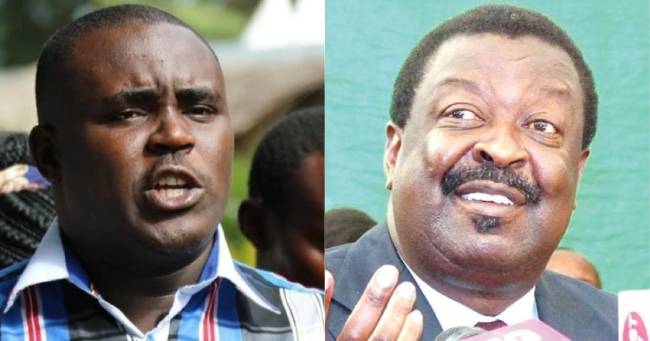 Malala has since dared ANC Party to expel him.

At a press conference in Kakamega town on a Saturday, the senator said that he was not apologetic for campaigning for ODM candidate Bernard Imran Okoth in the November 7 Kibra by-election.

Mr Malala said he would rather face a by-election than apologize to party leader Musalia Mudavadi.

A video has also emerged of him narrating his political journey from being held by Musalia who led him to great political success, to being guided by his political mother when he inquired who his political father was and got directed to Honorable Raila Amollo Odinga.

Unfortunately he reveals things went south between Raila and his political mother Mudavadi and that is when he was directed to the hands of a new leader.

He was unhappy though as he states that he found out the new dad  is a thief who has stolen public land and maize as well therefore retreated back to opposition leader Raila. 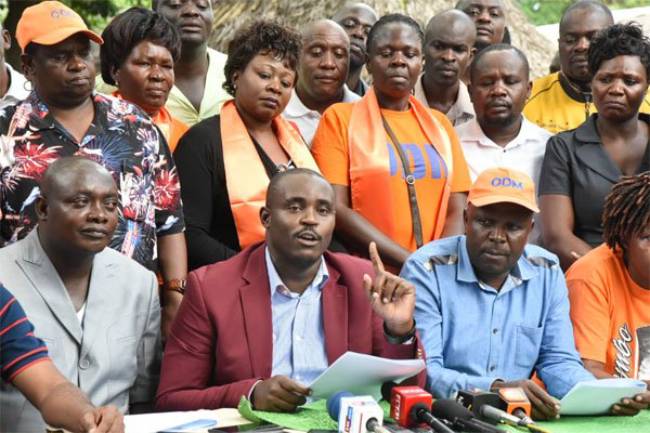 Incoming Kakamega Governor narrates how he got his father and loved him more than his mother politically! Khalwale hopes and pray Tanga tanga captures power at least to get CS position but in kakamega its gone! 🤣🤣 @Cleophasmalala ✅✅✅🍊🔨 pic.twitter.com/eKXw5wmGiG

His speech has been seen by netizens as a powerful political tackle on Boni Khalwale who has already declared his interest in governorship of Kakamega.

“Khalwale must drop the stones, Apologize, then retire from politics”-Michael K.