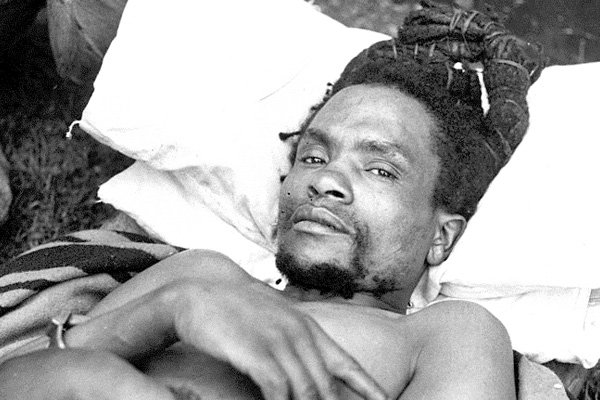 The Grave of freedom fighter Dedan Kimathi has finally been identified after years of searching for the same. Field Marshal Dedan Kimathi was the senior military and spiritual leader of the Mau Mau Uprising.

He was seen by many as a Revolutionary leader who led the armed military struggle against the British colonial regime in Kenya in the 1950s until his execution in 1957.

After his execution his family members and Kenyans at large were never informed of the place where he was buried and this led to a spirited effort by his family to have his grave identified so that he can be given the final respect he deserves.

His Family’s efforts have finally bore fruits with Kimathi’s grave being discovered at the Kamiti Maximum Prison.

“It is with great joy that we would like to announce that, following numerous concerted efforts, spearheaded by the Government of the Republic of Kenya, the gravesite of lieration hero Field Marshall Dedan Kimathi Wacuiri has finally been identified,” Read a Press Release from the Dedan Kimathi Foundation.

“The Site whose search has been ongoing for years, is in Kamiti Maximum Prison, Nairobi.”

The Kimathi Foundation together with his family are now hoping that Chief Justice David Maraga will allow for the exhumation of his (Kimathi) remains so that he is accorded a decent burial.

“We now remain fingers crossed as we wait for Chief Justice David Maraga to allow for the excavation and exhumation of Kimathi’s remains for a decent burial,” Continued the Presser. 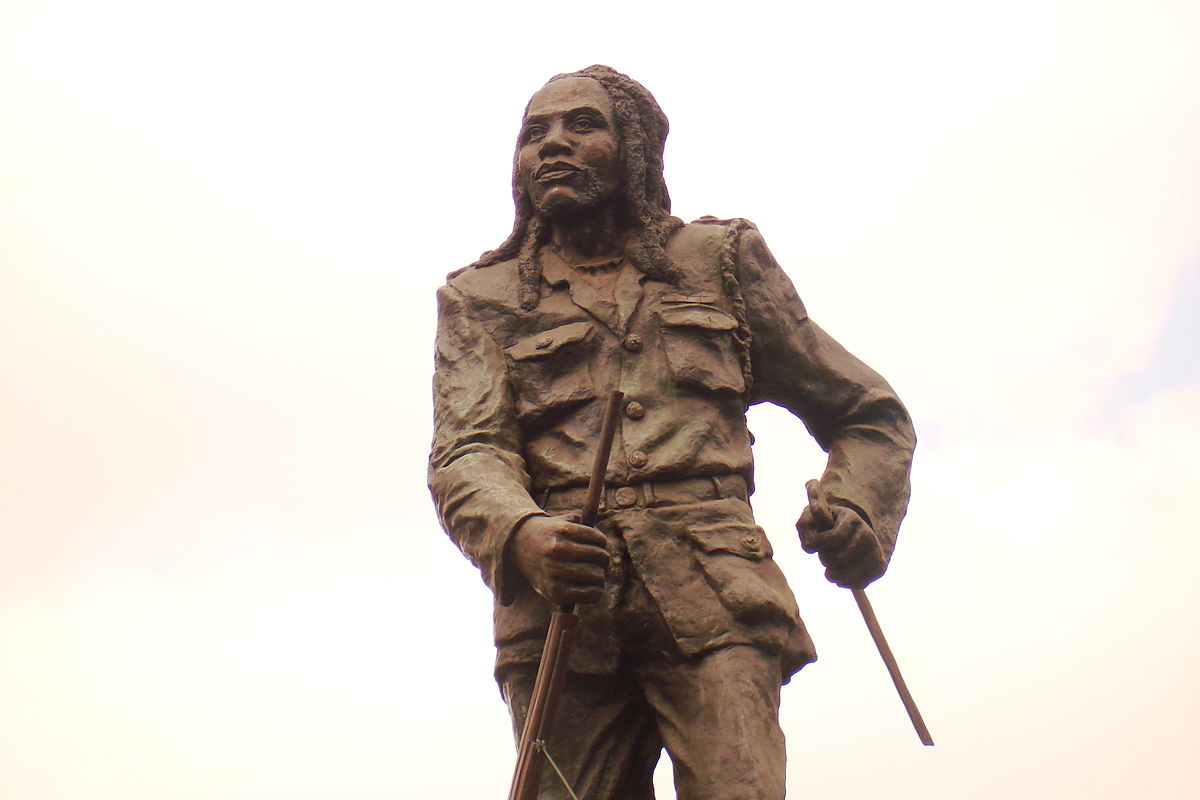 Kimathi was shot in the leg and captured by an askari called Ndirangu on 21 October 1956.

His capture marked the beginning of the end of the forest war. He was charged with possession of a firearm (a .38 Webley Scott revolver), and ammunition.

A court presided over by Chief Justice O’Connor and with an all-black jury of Kenyans sentenced him to death while he lay in a hospital bed at the General Hospital Nyeri. His appeal was dismissed, and the death sentence upheld.

The day before his execution, he wrote a letter to a Father Marino asking him to get his son an education.

“He is far from many of your schools, but I trust that something must be done to see that he starts earlier under your care.” He also wrote about his wife, Mukami, saying “She is detained at Kamiti Prison and I suggest that she will be released some time. I would like her to be comforted by sisters e.g. Sister Modester, etc. for she too feels lonely. And if by any possibility she can be near the mission as near Mathari so that she may be so close to the sisters and to the church.”

Before his execution, his wife was secretly driven to Kamiti prison. He told her that “”I have no doubt in my mind that the British are determined to execute me. I have committed no crime. My only crime is that I am a Kenyan revolutionary who led a liberation army… Now If I must leave you and my family I have nothing to regret about. My blood will water the tree of Independence.”

In the early morning of 18 February 1957 he was executed by hanging at the Kamiti Maximum Security Prison.

He was buried in an unmarked grave, the grave has since been identified on 25 October, 2019. 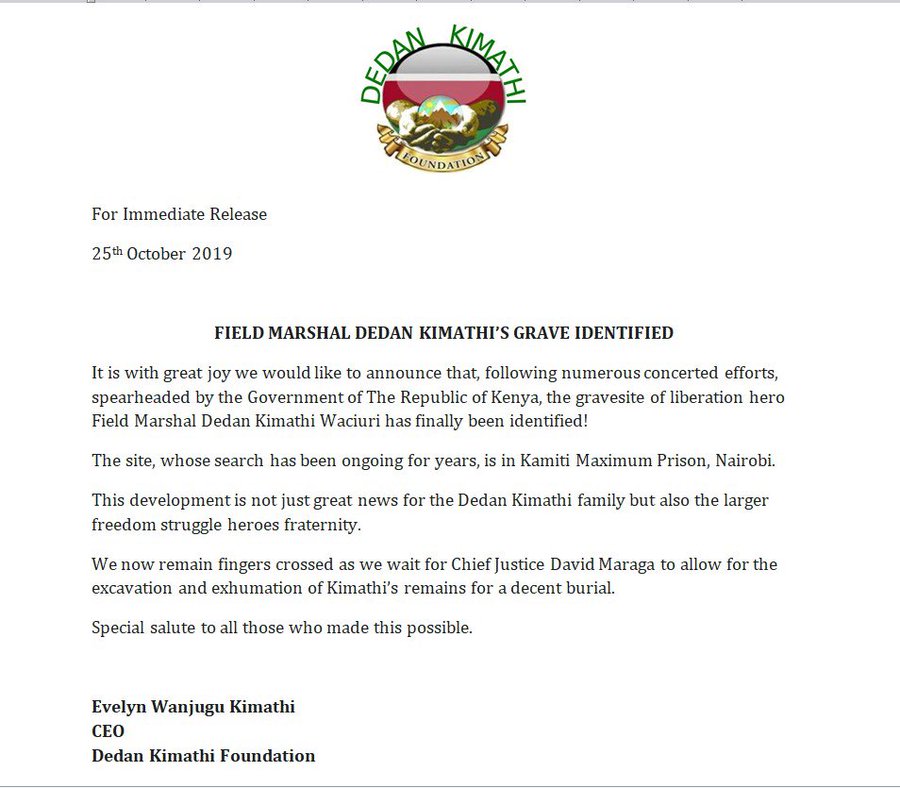