Just moments after the ODM Party raised rigging concerns in the upcoming Kibra by-elections, a section of Kenyans online have expressed varied reactions with many calling on the party to stop panicking and concentrate on winning the election.

While some welcomed the move by the party calling on supporters to march to the IEBC offices on Thursday as a sign of expressing their displeasure, some found the call unnecessary claiming that ODM was just in a panic mood after realising they had not done their homework well in Kibra.

“Rains have started beating… Sign of despair and panic… Go out and campaign for your candidate otherwise these boardroom stories won’t get you any votes…” posted one user Kirori Chege on Facebook.

On Tuesday afternoon, the party issued a press statement in connection to what they termed as IEBC’s laxity in updating and availing the voter register for Kibra Constituency.

“With three weeks to the by-election, and there being no commitment by the Commission to provide the updated voter register requested by the party, we are left with no option but to question the motive behind the hide and seek game that we are being subjected to,” read part of the statement.

The party, through its top leadership, claimed that IEBC was conspiring with Jubilee Party leaders to rig Imran Okoth out of the Kibra parliamentary race.

Our supporters expect vigilance on our part even as they wait to do their duty at the ballot and it is for this reason that we want to notify the IEBC that we shall be marching to their offices tomorrow at https://t.co/wbALpJZTkU in the morning.

Suna East MP Junet Mohamed, who is also ODM’s director of elections, suggested that the breakfasts and frequent meals by the commissioners and the Jubilee-affiliated leaders were used to plot the lock-out of Imran, the ODM flag-bearer in Kibra.

“To express our disappointment at how IEBC is handling the planning of the Kibra by-election, we will be marching to the agency’s Anniversary Towers offices tomorrow (Wednesday, October 9) at 9 am,” revealed Junet in a press conference at Parliament Buildings on Tuesday. 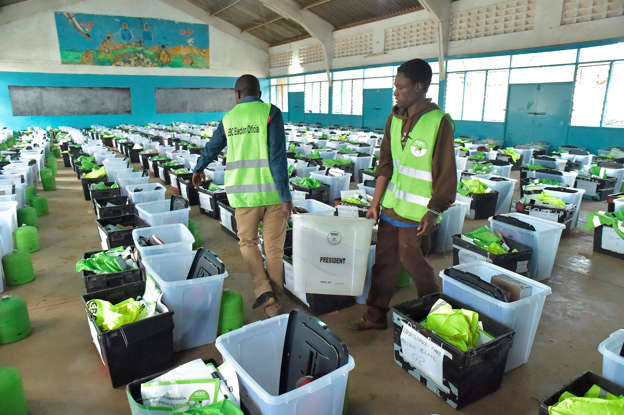 Junet claimed it was IEBC’s laxity that was breeding suspicion and leading them to start believing rumours doing rounds of secret meetings between top IEBC officials and some Jubilee senior officers.

It seems odm has sensed defeat in kibra by- elections

It's sad that Odm Is still crying of getting electoral voting register, I don't understand all this issues of handshake, one of the agenda was for IEBC reforms, anyway Odm might loose this Kibra seat if not careful.

1. They are meeting IEBC Commissioners

So, ODM calls for Maandamano tomorrow to IEBC.

Peter Davis The fear of the unknown. Odm we know your tricks when you sense defeat. You did the same in 2017 pressors all the time. You will be no.3 in this by-election. Its Mariga then Owalo then yours Imhran in no.3

In the Kibra byelection I wish Bw. Owalo would have been the candidate for Jubilee but he wasn't. Now, the problem with ODM is that they get distracted by IEBC easily and forget campaigning.

Wewe acha zako, Imran is not an automatic winner in Kibra!!# kibra decides…….I can term your notion as PANIC,sasa umeanza kulaumu IEBC, remember ODM supporters are not for habit hawakubali kushindwa

I thought ODM party is in gov't, I hear they will be matching to the IEBC offices tomorrow in pursuit or electoral justice & demand for the use of an updated register in Kibra,😂. Why all this?Baba should just make a call & order 😂. He is the people's president💪

As long as Raila n ODM lose or perceive to lose an election iebc n judiciary become an issue. They have never conceded defeat n I think it's an issue of civilization