A section of South African professional divers who were expected to jet into the country in a bid to help in search operations at Likoni channel have arrived.

Two of the divers landed at Moi international airport Mombasa on Monday and were ushered into the country by the search team who led them to the scene ready to join the multiagency search and recovery mission for the victims of the Likoni ferry tragedy.

While addressing the press on Sunday at the Likoni channel,  the government spokesman Col. Cyrus Oguna revealed that the family had hired divers from South Africa to join the recovery of Mariam Kigenda and her four-year-old daughter Amanda Mutheu.

“The first batch of the foreign divers are expected in the country today and the second batch will arrive on Monday and so on Tuesday they join the multi-agency team involved in the search and recovery operation,” he stated.

Oguna revealed that the multiagency team had narrowed the search areas to four spots down from 12 in the hunt for the ill-fated vehicle that slid off a moving ferry and plunged into the ocean last week on Sunday.

Even as this unfolds, a section of Indian Navy and Coast Guard personnel were on Monday morning spotted docking at the Mombasa Port.

Despite assumptions that they were in Kenya to aid in the operation, it was reported that their arrival was just an exchange programe with the Kenya Navy.

It is reported that the team will be providing free medical camps for the locals where they have invited the public to go and witness.

This comes even as the government confirmed it had acquired new equipment and professionals to boost the search operation.

According to Cyrus Oguna, the equipment bought will ease the efforts by enabling his team to traverse more than 50 meters into the water without any difficulties. 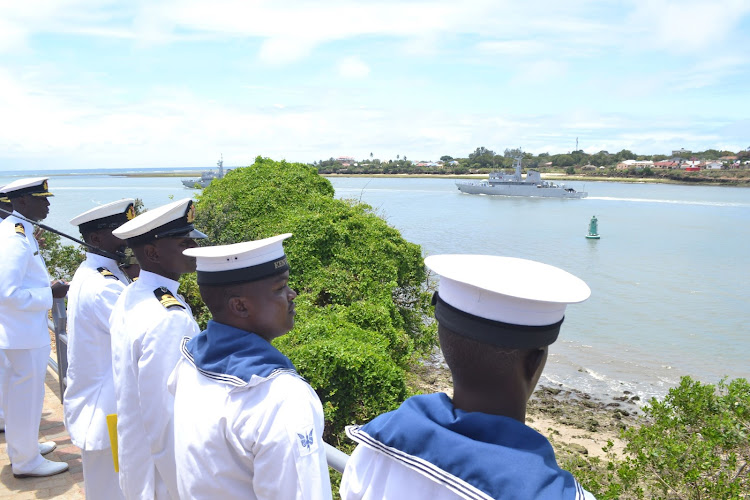 Bad weather, strong currents and poor visibility from rainstorms have been hampering the search efforts but the team assured that despite the conditions the recovery mission will continue.

Most of the locals have promised to boycott Mashujaa day celebrations set to be held in Mombasa County should the government fail to retrieve the two bodies before October 20.