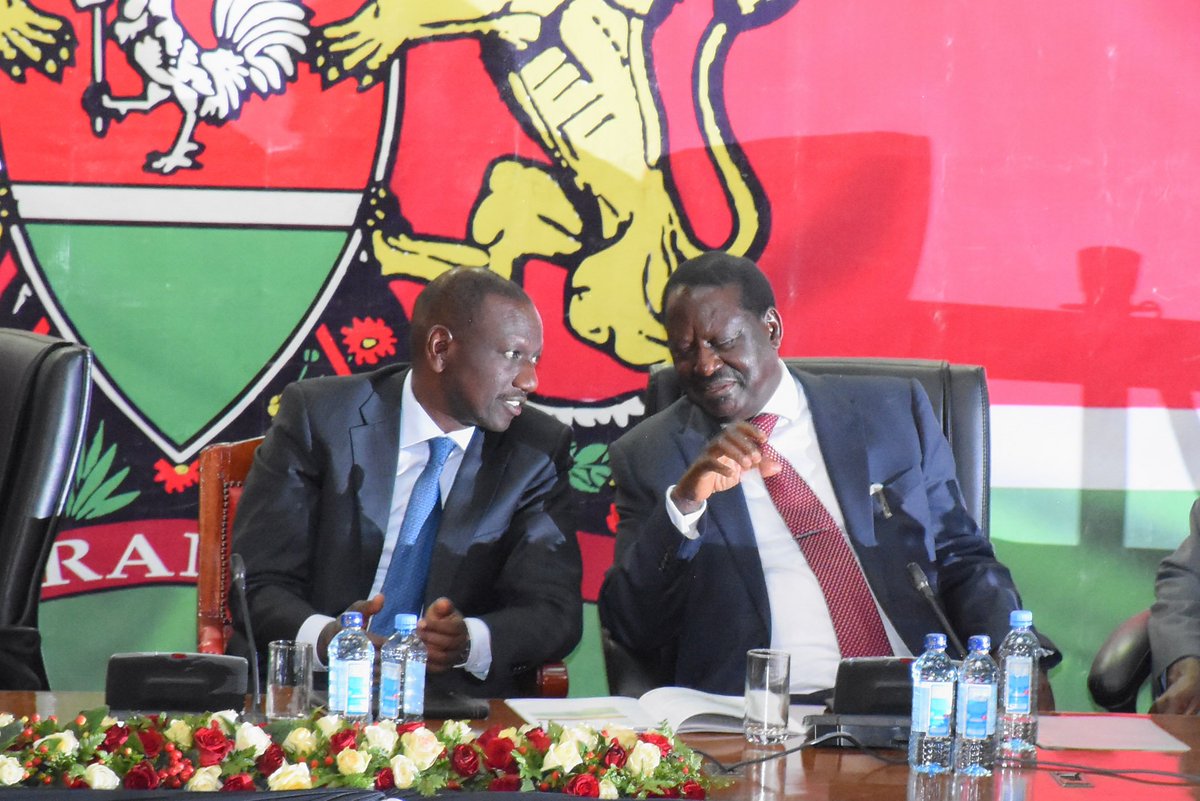 Dr Ruto met with the two leaders during the opening of the Kenya Trade Week and Expo 2019 at Kenyatta International Convention Centre. During the event, the DP was seen engaging in some meaningful discussions with both leaders despite their political differences. Or is it right to say that the Ruto has finally buried the hatchet with Raila and Munya? 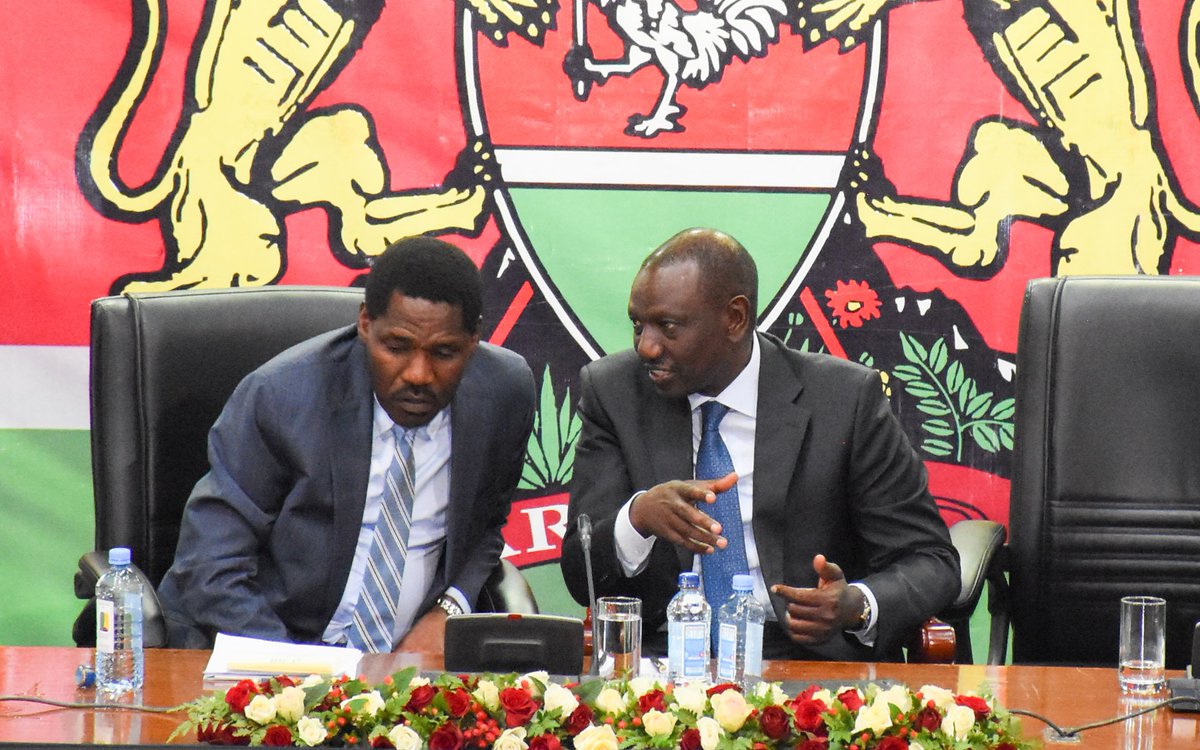 The meeting came in the backdrop of investigations into an alleged murder plot against Ruto. Munya is seen as the face of the whole plot which allegedly happened at La Mada Hotel.

Now a good number of Kenyans who camped on his Twitter page, are demanding answers from the DP. Some people have referred to the meeting as political prostitution.

Some in these pictures here tell us clearer than you’re doing…that you goes with SEASONS.. You’ve times of calling funny names , times of Negotiation en listening attentively..
You MUST be a good actor bro..

One eagle-eyed Kenyan went on to note something        interesting about a picture from the awkward moment DP William Ruto met Raila and Munya.

Facebook user John Riaga noted the the number of water bottles placed in front of each leader.

In the pecking order, DP Ruto would ideally be the most senior leader on the table. But while Mr Odinga had three bottles of water, Dr Ruto has two and CS Munya one.

He captioned it “One water, two waters and three waters.”

Mr Riaga shared his observation on his Facebook which has since attracted various comments from his friends.

Another group of Kenyans went on to site the event as among one of the most uncomfortable moments for Ruto while bashing him for creating more enemies than friends which has made it made for him to conduct his duties easily.

One Kinuthia Paul was keen to note that while entering the KICC Raila entered while accompanied by a number of top government officials while it was a very different case for Ruto who joined the event alone.