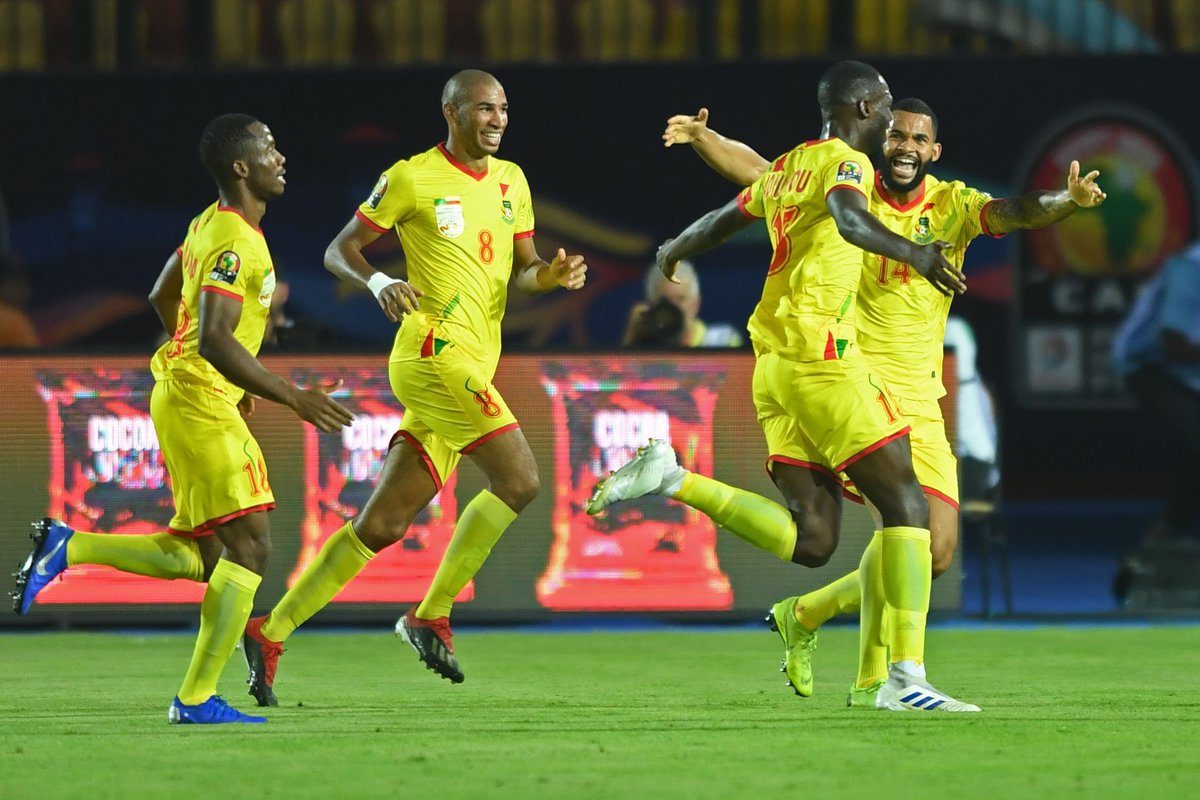 Benin stunned favourites Morocco by knocking them out of the African Cup of Nations via post-match penalties after a one all draw in regulation and extra time on Friday evening.

Benin who are making an appearance in the tournament for the fourth time in history went into the game as underdogs and were the second best team in the entire game but good defending saw them deny Morocco a chance to proceed.

Benin midfielder Seibou Mama scored the decider spot kick after two of Morocco’s kick went wrong; one being saved and the second one from Southampton’s Sofiane Boufal went above the bar.

Seibou Mama sends Benin through to the quarter-final stage of the Africa Cup of Nations for the first time in their history! #HISTORY #AFCON2019 pic.twitter.com/Q7Xvq1C4Pf

The first match of the round of sixteen pitting Morrocco and Benin proved hard with every side taking every chance to score although both sides made mistakes that proved costly taking them to an extra time which also went wild after ending in a barren draw after a full-time 1-1 draw after normal time.

The additional time proved hard for both round of sixteen teams with each of them playing cautiously despite few mistakes here and there that saw the referee open up his basket of cards and issued a number of them including a red car in the 100th minute. 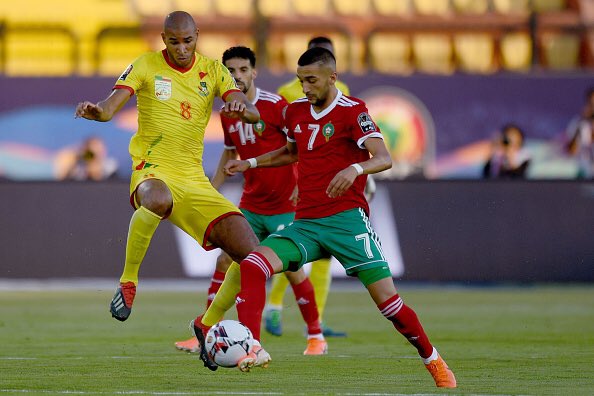 The match started with high heat with both sides shielding and attacking with an equal measure with the Arabs of Morocco missing a chance in the fifth minute after a strike from one of the attackers, El-Neysri was blocked going wide although they were evidently stronger than the Benin side.

The Ziyach boasting side failed to capitalise of Benin’s defence mistakes on the 27th minutes as they looked clueless on their finishing failing to score but taking the strike wide right side of Benin. 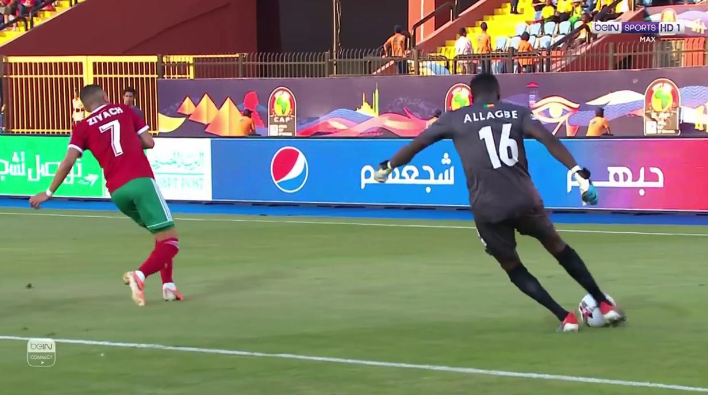 Ajax sensation Ziyach missed a chance to take his side on the leading front in the 35th minute from a free kick shot after he was fouled by Imorou with his strike going wide from Benin’s goal post.

The Arabs came attacking and gushing fire in the second half missing to connect a cross in the 51st minute. 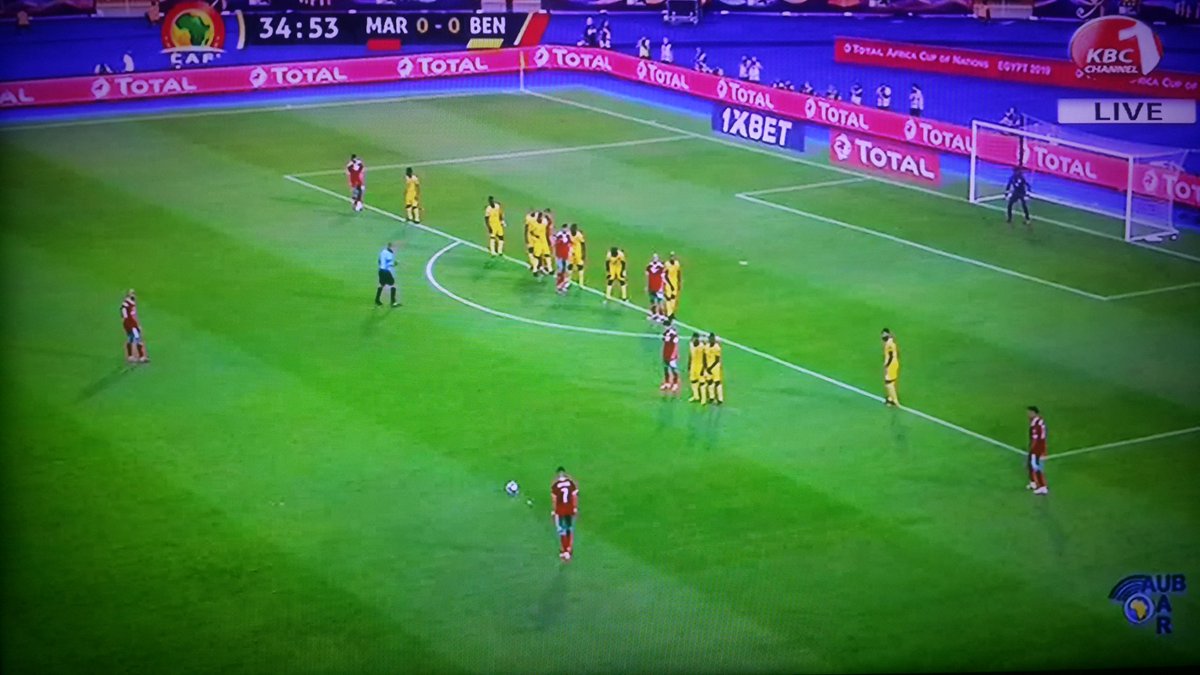 They paid early a minute after, after as Porto FC centre-back, Moise Adilehou got the Benin side a goal from a corner after a defensive hitch from the Moroccans sending it centimetres from the keeper’s arms.

The Morocco team came calling and attacking in the 67th minute but a foul awarded proved hard to convert as Ziyach took it wide for the Benin keeper to thrust out but the sides kept on showing the guts to get the three points. 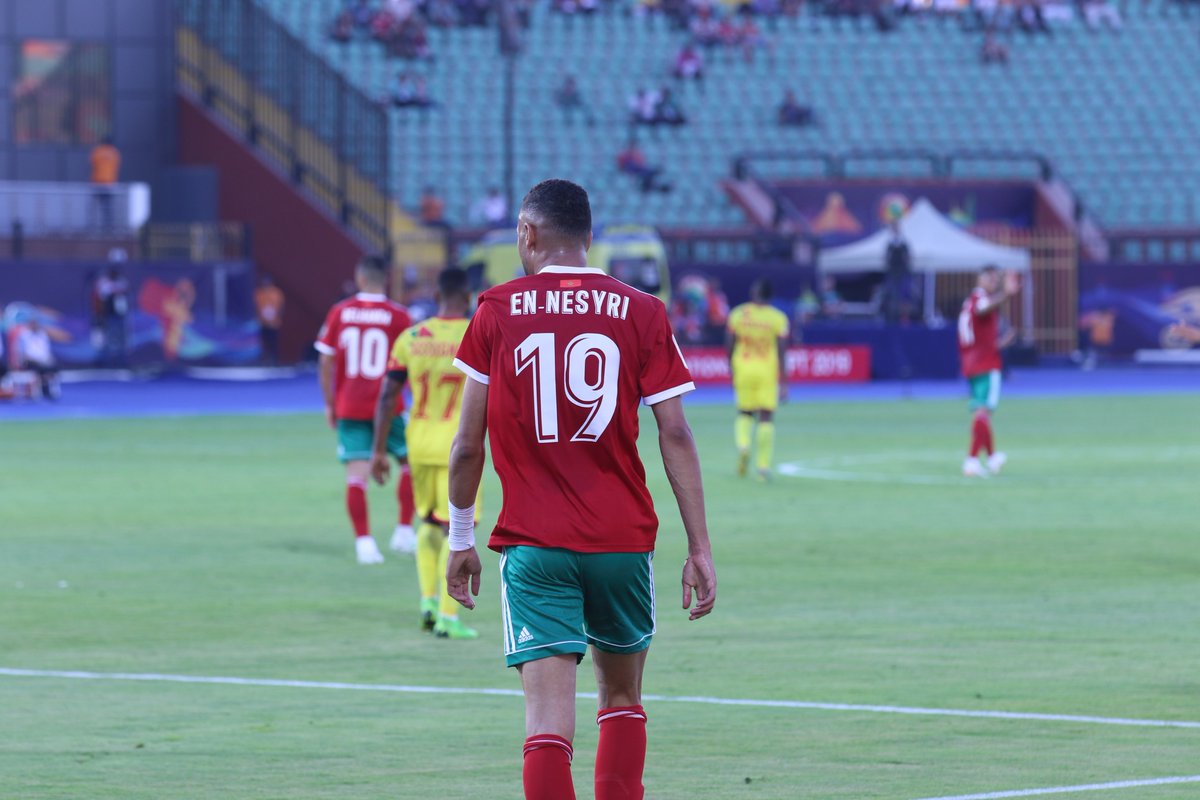 A defensive hitch and a back pass from the Benin defence saw them get a nail-biting goal from the attacking side of the Moroccans 75th minute from En Nesyri after the latter looked confused and lacking options on where to take the ball.

Morroco and Ajax star player, Ziyach failed to end the match at the end of full time after he missed to convert from the spot kick after breathing a whole new life into the match as the two sides stood at par. 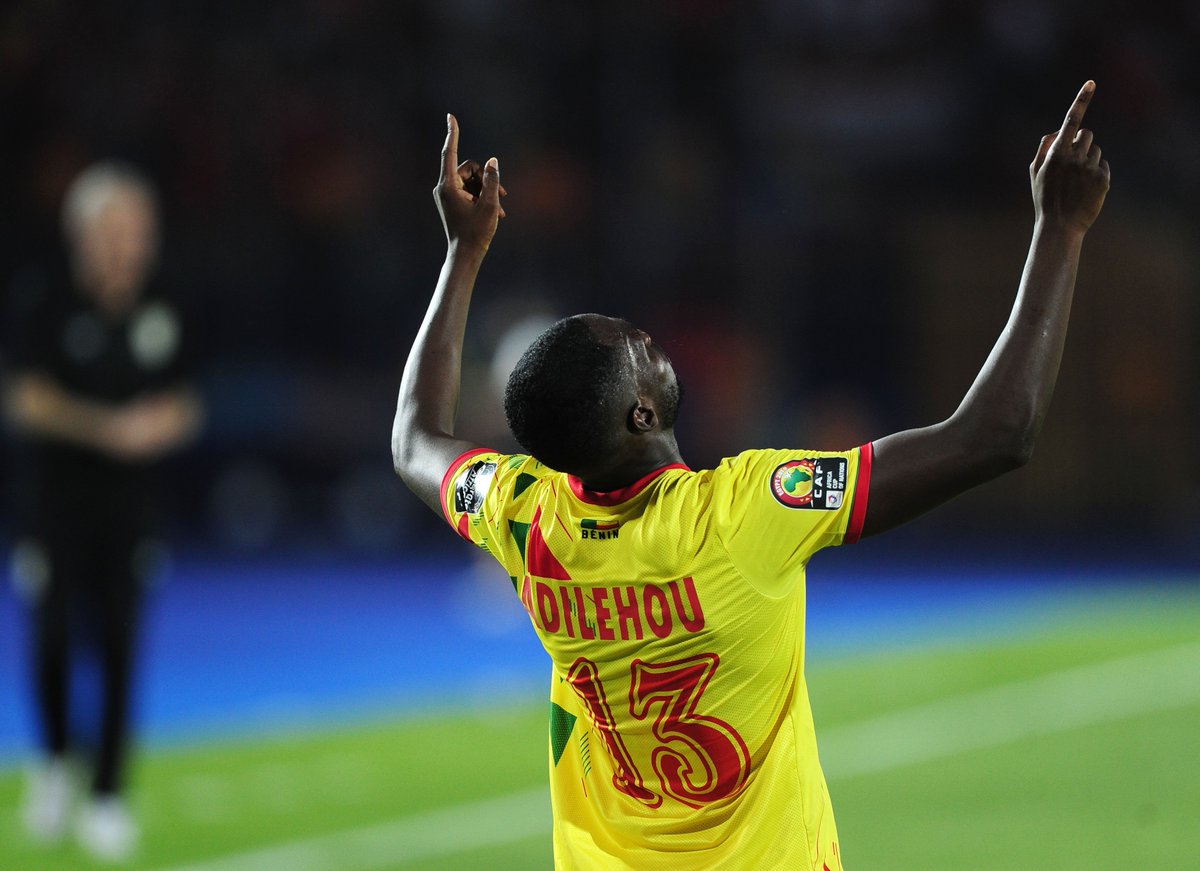 Benin was done a big blow in the extra time after Adileh Adenon was shown a red card reducing the to ten men but they held on their opponents well for the better half of the additional time.

An attack in the 117th minute from the Morrocan side went wrong as it was taken wide after a well-taken cross from the wing side of Benin’s side. 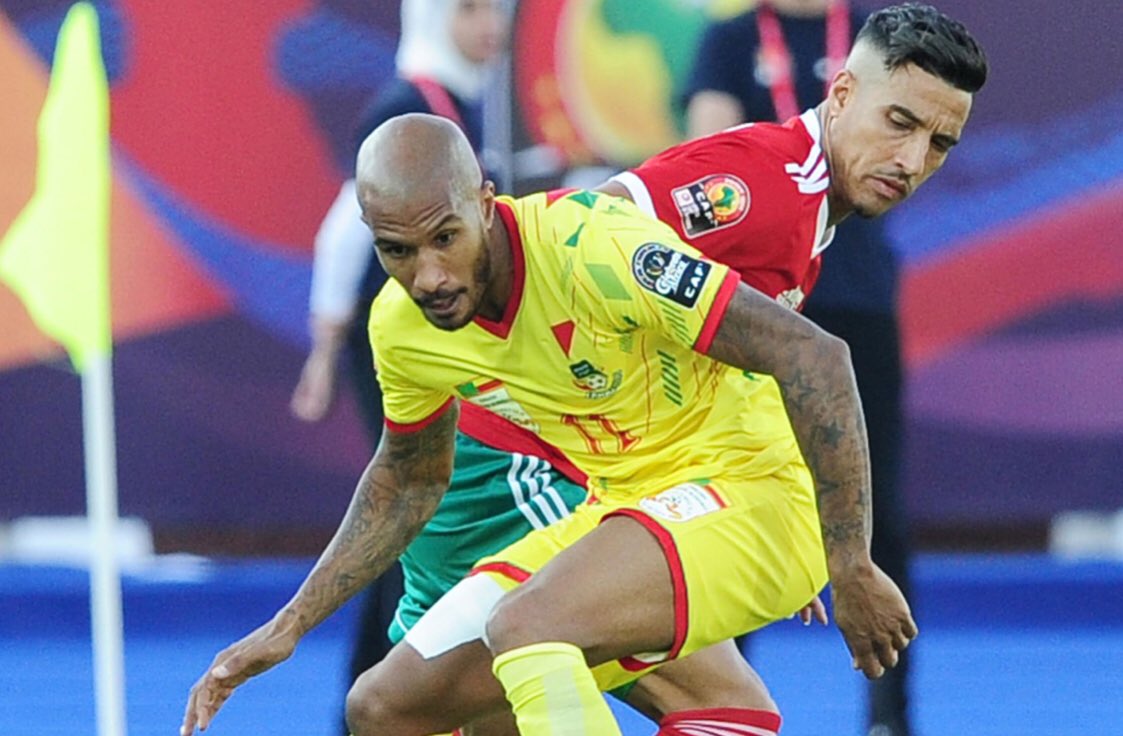 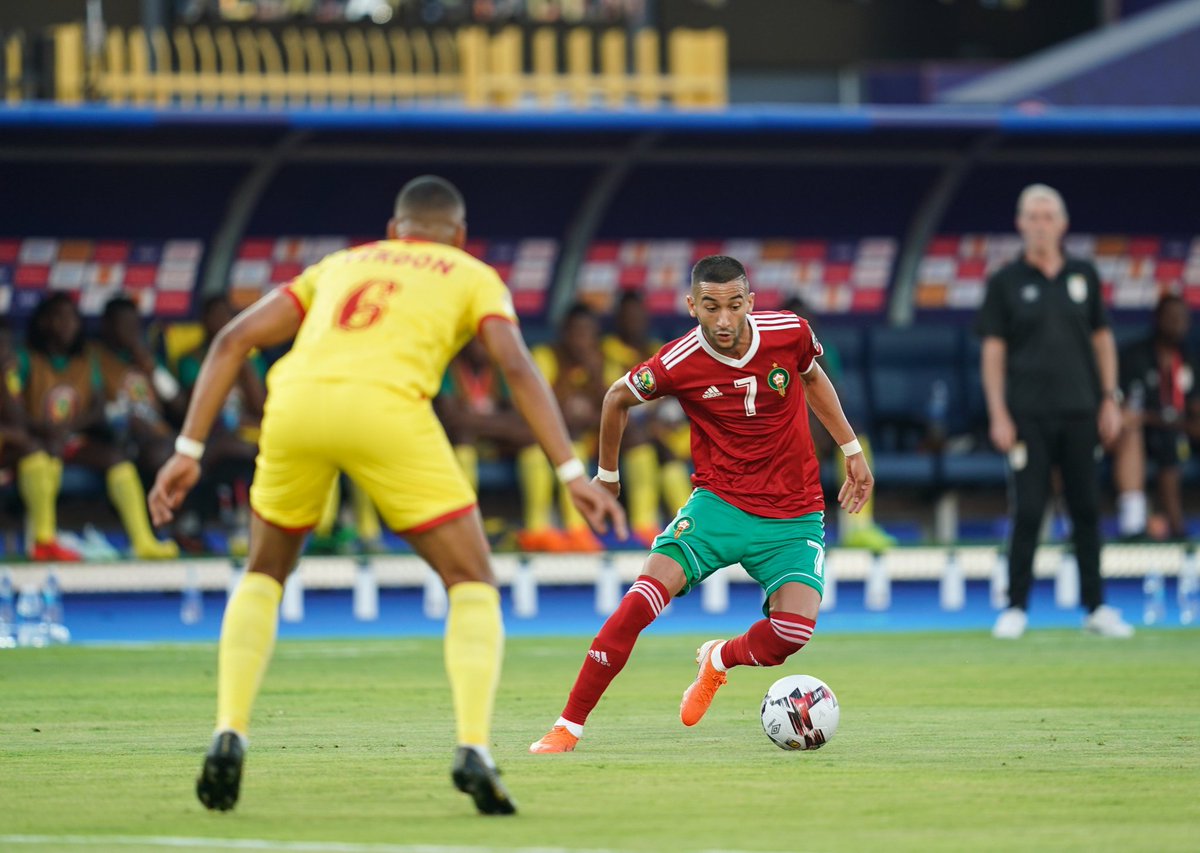 The team rode on a one-goal record in beating Ivory Coast and South Africa after struggling to beat Namibia in the first game. In the end, it took an own goal to secure full points against the Namibian side.