Non of Safaricom’s 30 million subscribers will be allowed at the burial of the company’s CEO Bob Collymore. Collymore succumbed to Leukemia at his Nairobi home on Monday morning. He had been battling the monster for close to two years.

And Safaricom has now announced that Collymore will be laid to rest on Tuesday in a restricted ceremony which will only be attended by his immediate family members and others who are specifically invited.

Former Safaricom CEO Bob Collymore will be buried on Tuesday in a private ceremony restricted to immediate family and others who are specifically invited. pic.twitter.com/QfrfF41RFN

Though he was born in Guyana, Bob acquires Kenyan citizenship 9 years ago and married Wambui Kamiru in a private ceremony in 2016. He leaves behind four children.

Safaricom Chairman Nicholas Nganga said the family will issue further statements concerning the burial arrangements in the course of the day. He also assured Kenyans that the company was in good hands and operating as expected, this is despite reports that Safaricom shares had dropped by more than 2% following Collymore’s death.

“It’s been nine years since he joined Safaricom leading with a vision. Safaricom will honour him by completing work he was passionate about. It is sad but we have to live with the reality.” 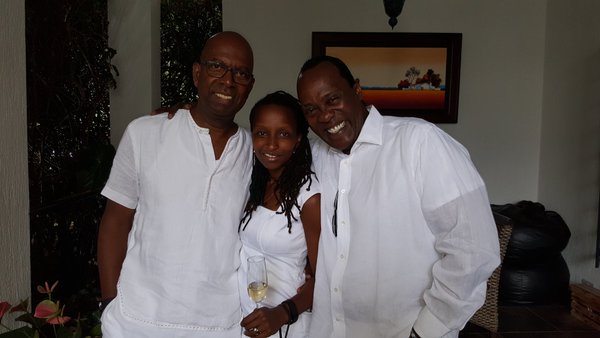 Citizen TV Journalist Jeff Koinange revealed that Collymore was aware of his death and had prepared both the company and his family about the same.

“…he had been told by his doctors not to make any long-term plans; in fact he was told if he makes it past July he’ll be lucky. So he knew. I have never seen anyone prepared for death like I did this man,” said Koinange.

“He kept saying ‘I’ve lived a good life, I have some regrets, it’s not a perfect life…nobody’s perfect, but I’m ready now.’”