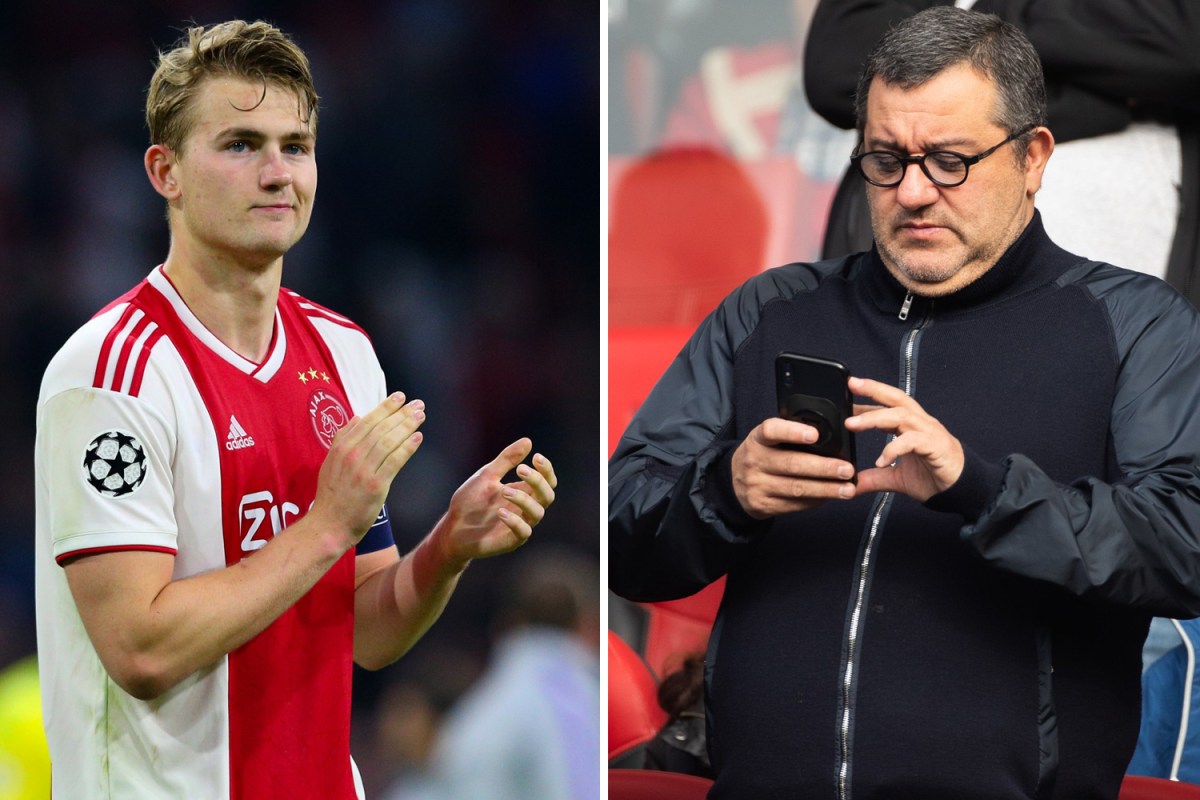 Ajax young captain Matthijs de Ligt is set to leave the club this summer but his future club is still unknown due to the significant difference between the Dutchman and his agent Mino Raiola.

De Ligt became the most adored property in the market this summer after his excellent showpiece in both the domestic league and the Champions League. He helped his club lift their domestic double and reach the quarter-finals of the Champions League, being bundled out by Tottenham Hotspur.

Big clubs like Manchester United, Barcelona, Paris Saint-Germain, Juventus among other teams have expressed their interests in the 19-year-old since then.

Barcelona, for a long time now, have been the favourites to sign the star as even the Dutchman was once quoted saying that he would love to play for Barcelona alongside his former teammate Frenkie de Jong who had been signed by Barcelona in January.

But his agent, Raiola had insisted that he will release the player to the club that will offer the highest bid. As he is known, the Italian agent always ensures that the personal terms suit him and his client before moving onto a deal between clubs.

For that reason, clubs began their competition by trying to outdo each other in terms of fee for the star. Barcelona had offered 65 million euros for the star with a salary of £6m a year.

Despite all these lucrative deals, the Ajax skipper has not been tempted by any and has remained adamant that he will be making his final decision after coming from vacation, where he currently is with his girlfriend.

It can also be remembered that when De Ligt was recently asked about his dream club during an interview with a Dutch publication, he insisted that his dream club was Ajax and he had already achieved it.

This statement was a real set back to rumourmongers who were spreading rumours that Barcelona is a dream club for every footballer.

The conflicting interests between De Ligt and his agent Raiola has been deemed as the cause of the delay.

As he is known, the Italian agent always ensures that the personal terms suit him and his client and that is why he has been reported to meeting several clubs and getting into personal terms in a bid to secure the highest bidder.

Nonetheless, De Ligt recently said that his desire is to sign for a club that will give him the chance to play most of the times.

🔊 "I'm going on vacation now. I will think what is best for me and then I will decide. I think it's important that a young player plays, that's the only thing I know, "said De Ligt. pic.twitter.com/c3XSv0NNbC

If it were of Raiola’s decision, many would guess that the Dutchman will play for Paris Saint-Germain who have released heftier amount than any other club to have him at Parc des Princes.

Until now, all are eagerly waiting for the player to come from vacation and make it known to everyone the future club he will be playing for in the next season.