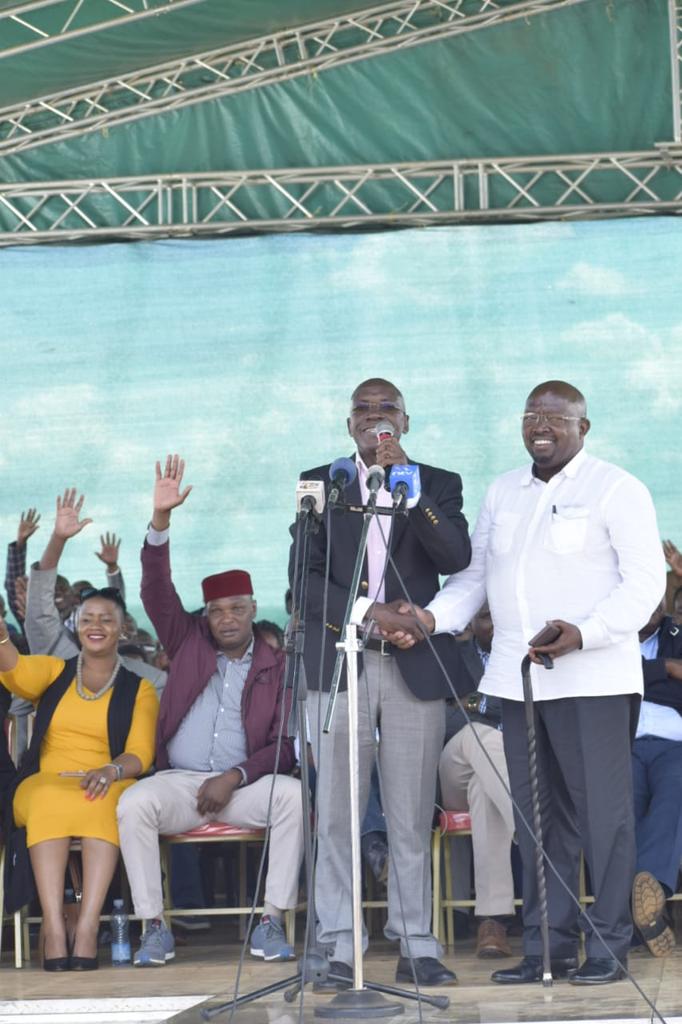 When Cherangany MP Joshua Kutuny declared war against his master William Ruto, little did he know that his one-time bitter rival Kipruto Arap Kirwa was preparing his way back to the August house thanks to the betrayal notion being peddled against Kutuny in Rift Valley.

But what led to the former minister of Agriculture Arap Kirwa’s sudden uprising especially after being quiet for that long? Well, after Kutuny’s betrayal, William Ruto had the task of securing the Rift Valley to vote as a block in 2022.

Considering that Cherangany plays a crucial role in his 2022 aspirations, the Deputy president had to approach one of his fiercest political rivals in the North Rift, former Agriculture Minister Kipruto Arap Kirwa.

Whereas there is a stemming rebellion from the South Rift, led by Senator Gideon Moi and CCM leader Isaac Ruto, consolidating the North  Rift, his home turf was paramount for Ruto hence the need to find a suitable solution for the region ahead of 2022. 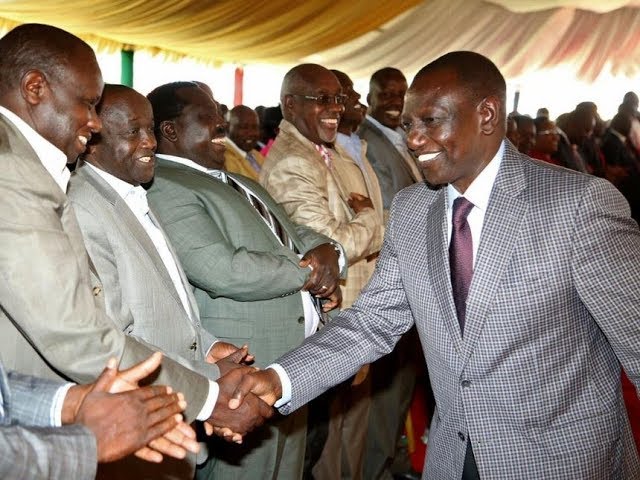 Sources indicate William Ruto has been courting former Agriculture Minister Kipruto Arap Kirwa for months now, to join his camp. DP reached out for Kirwa due to his vast political experience as well as his effective mobilization skills which the DP may exploit in 2022.

However, it is Kirwa’s position as ANC Deputy Party leader that made him a lucrative target for the DP. Sources close to the two said they have been talking since the beginning of the year and have now closed ranks, adding that Mr. Kirwa is expected to join the DP’s camp “in a matter of days”.

After dismantling Ford-Kenya, by poaching away its Deputy Leader, Boni Khalwale a couple of days ago, Ruto’s target was Amani National Congress (ANC) in which Kirwa is the party’s, Deputy Leader.

These efforts are likely to pay off as insiders from the DP’s camp indicate it is just a matter of days before Kirwa publicly dumps the ANC for Ruto. On Monday, Mr. Kirwa confirmed that he was planning to jump ship and join Ruto’s Jubilee party ahead of 2022. 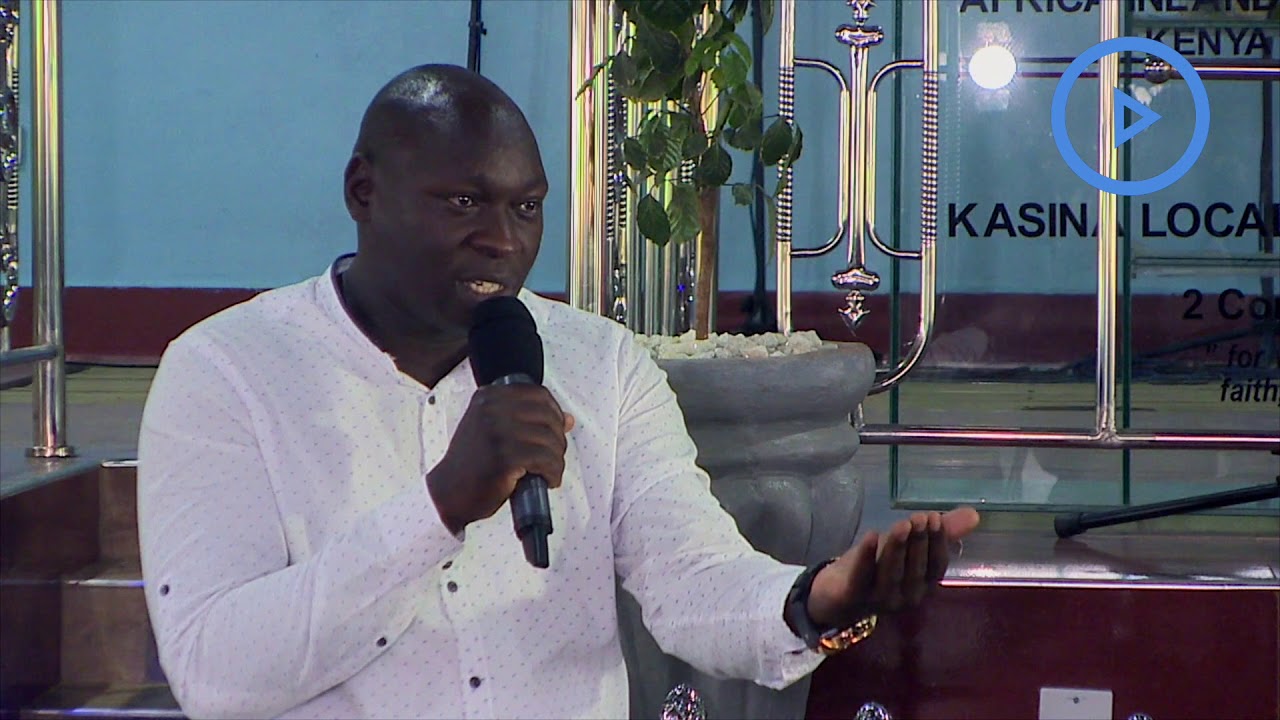 The two are said to have held several meetings both in Sugoi and Ruto’s home in Karen. Kipruto has remained focussed on the Dp and has lately been attending functions either graced by the DP or those held by his allies in the North Rift.

It is understood that the reason Ruto ran to Kirwa for help is the growing influence of Cherengany MP Joshua Kutuny, who has become a major thorn in Ruto and Tanga Tanga’s flesh.

Kutuny is heading the North Rift rebellion, together with a number of MPs unhappy with Ruto’s style of leadership. These include Moiben MP Silas Tiren and his Nandi Hills counterpart Alfred Ketter who has so far reduced his frequent attacks on the Dp leaving many guessing if he has reconsidered his stand of late.

It is believed, Kirwa is a likely replacement of Kutuny as well as a worthy competitor in 2022, as Ruto plots to punish the outspoken MP for disagreeing with him. Joshua Kutuny won the Cherengany seat in 2007 after beating Kipruto Arap Kirwa, who was the then MP.

Kipruto Arap Kirwa: The sugar sub-sector has many problems and one of them is historical in the sense that there were debts that were incurred many years ago and we would need to clean the books of these companies if we were to privatise them today #DayBreak pic.twitter.com/VKZmAESwQD

Kipruto’s popularity in Cherangany has already gained momentum with many of the constituents promising to teach a bitter lesson to Kuttuny come 2022. The place is already considered hostile for Kutuny who has chosen to unleash his severe attacks on his master far away from his constituency Cherangany.

Mr Kirwa was a long-time MP for Cherangany before he was dislodged by Mr Kutuny in 2007. He was also a powerful figure during former President Daniel Arap Moi regime and was at one time considered the apparent heir of the Kalenjin throne.

Cherangany MP Joshua Kutuny claims that cartels are interfering with the Agriculture ministry and the pricing of maize in order to benefit from importation of the grain. pic.twitter.com/7cDzNFJbP3

Ruto and Kirwa have not been seeing eye-to-eye since they fell out after Mr. Kirwa as Agriculture minister became former President Mwai Kibaki’s main man in the region during his first term in office between 2003 and 2007.

Mr Kirwa fiercely opposed the Jubilee Party in the 2013 and 2017 elections and was picked by Mr Mudavadi to deputise him in the ANC ahead of the 2017 polls.

On Sunday, Mr. Kirwa hosted several Tanga-tanga politicians led by Kiambu Governor Ferdinand Waititu for a fundraiser in aid of 15 churches at Makutano area in Cherangany. It was the second time he was hosting members belonging to the group after he welcomed another led by Senate Majority Leader Kipchumba Murkomen last month.

Kutuny’s goose in Cherangany politics is already cooked and it is only a matter of time before the axe falls on him. The vocal MP seems to be aware of his imminent fall and is doing all he can to bring his master down.

They say in politics, never outshine your master. Kutuny who is known by the locals as a ‘State House Kitchen Boy’ drank too much from the Kieleweke pot in the process forgetting this policy. In politics, it is all about self-interests and one day is long enough to make a decision. It is only a matter of time before 2022. Time will tell it all.