Maurizio Sarri’s Chelsea will be playing their most important game of the season when they take to the field to face Arsenal in the Europa League final in Baku. The Blues finished 3rd in the Premier League in what was Sarri’s first season in England and also made the final in the Carabao Cup which they eventually lost to Pep Guardiola’s treble-winning Manchester City.

All the talk in the build-up to Wednesday’s match – away from the logistical issues both sets of supporters face for this mammoth trek to the Caspian Sea – has centered around the future of Chelsea boss Sarri.

The Italian has reportedly already agreed a deal with Juventus to become their next head coach, regardless of the outcome of the Europa League final, having failed to win over Blues fans with his style of play. 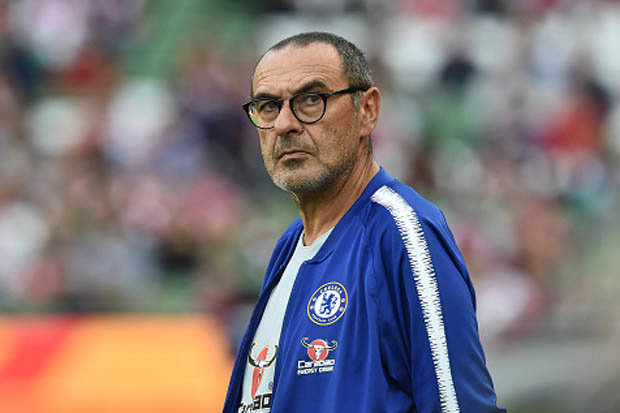 As defender David Luiz has pointed out, however, this cannot be considered a poor campaign by any means. Chelsea finished third in the Premier League, guaranteeing them a place in the Champions League next season – a luxury Arsenal do not have – while also coming runners-up in the EFL Cup.

Adding a second Europa League crown to their collection, six years on from their previous triumph, would not be the worst way for Sarri to bow out if this is indeed the final match of his short-lived tenure.

This season’s run to the final has plenty of similarities to the one in 2013, when disliked boss Rafael Benitez lifted the trophy only to bow out a few days later. Winning trophies alone is never enough for demanding owner Roman Abramovich, with Antonio Conte being sacked less than 12 months ago after winning the Premier League and FA Cup during his two years in charge. 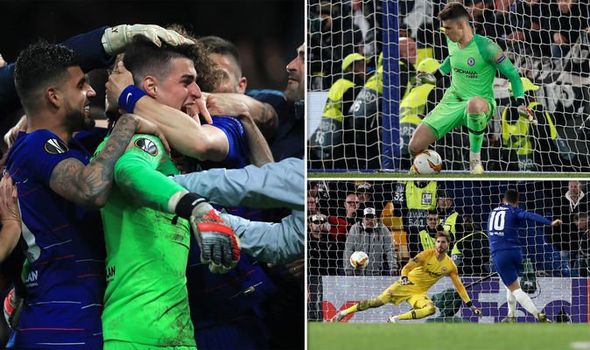 Including that 2-1 victory over Benfica in Amsterdam under Benitez, the Blues have won four of their five major European finals (two Cup Winners’ Cups, one Champions League and one Europa League). Among English teams, only Manchester United (five) and Liverpool (eight) have won more such matches.

Chelsea have already won 11 matches in this season’s competition, progressing through the group stage with ease before overcoming Malmo, Dynamo Kiev, Slavia Prague and Eintracht Frankfurt in the knockout rounds.

Sarri’s men required penalties to get the job done against Frankfurt, having been pegged back in the second leg at Stamford Bridge to draw 2-2 on aggregate at the end of 180 minutes. Kepa Arrizabalaga was the hero thanks to a couple of saves in the shootout, setting up this final with Arsenal.

Sarri, who is the first Italian to manage in a UEFA Cup/Europa League final since Parma’s Alberto Malesani in 1999, now has one more game left to tick off to turn what has been perceived to be an underwhelming campaign into a positive one. His legacy in English football may well be determined by the outcome of this final match of the season.