He just knows what to say and when to say it. Juan Mata was discussing Man Utd’s 1999 reunion match, and his sentiments will have impressed Ole Gunnar Solskjaer.

Juan Mata is one of the players who truly understands what it means to play for Manchester United.

The Spaniard knows when the time is for motivational words and when to do the talking on the pitch, as illustrated by his honest and enlightening weekly blog entries.

All proceeds from our #Treble99 Reunion match will go towards funding valuable @MU_Foundation projects, such as this recent event with #MUFC legends.

And despite seeing his playing time limited under Ole Gunnar Solskjaer this season, the forward is a reliable option to perform and put a shift in when called upon.

So it is no surprise that his latest comments about the values of playing for United completely sum up the atmosphere Solskjaer wants to cultivate in the United dressing room.

Mata was discussing the club’s reunion match to celebrate the 20-year anniversary of United’s famous treble winners, and revealed his memories of that iconic night in Barcelona that saw Solskjaer secure the Champions League trophy.

“I was just 11 years old and I remember two things,” Mata told ManUtd.com.

“Obviously the goals – Ole’s and [Teddy] Sheringham’s. But I also remember the Bayern Munich players lying on the floor devastated.

“I guess it was a trademark season for Manchester United and what this club embodies – which is winning, having good players, not giving up, believing, coming back, legendary games, legendary goals and legendary moments.” 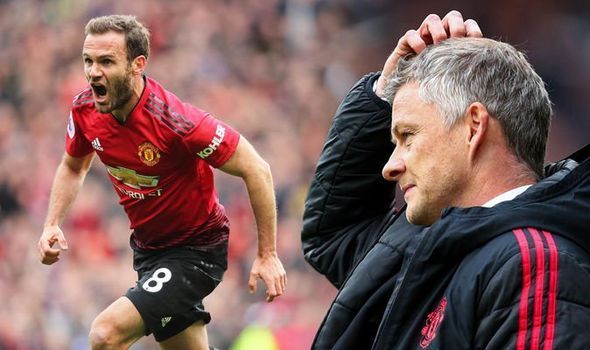 Solskjaer is looking to reintroduce those values to the club after taking the manager’s role on a permanent basis, and while Mata may not be the first choice, he continues to show his importance to Solskjaer.