Landing a job in Kenya is such a prestigious thing. It spells freedom for the employee and his/her family.

For graduates, it is the ultimate purpose of ever going to school and being able to foot the bill on your expenses.

With employment comes taxes and a raft of other statutory deductions like the National Hospital Insurance Fund (NHIF) and the National Social Security Fund (NSSF).

Employers are obligated by law to deduct these contributions and send them to the insurance bodies to cover for your health and social well-being once you are old enough respectively.

However, what happens when you just realize your employer has not been remitting the payments towards these bodies?

Such was the story of one Gladys Chebet who realized after three years of working that her employer had never remitted a coin towards her hospital insurance. For three years of employment, Chebet had never fallen sick and had never been in a situation where she had to produce her NHIF card to access healthcare.

When he was admitted to a health facility after falling seriously ill, Chebet reached for her NHIF card which was held together with her NSSF number by a rubber band to the hospital staff who wanted to bill her bed charges.

She was surprised to be told by the doctor treating her that she had to pay for the bed charges because NHIF had communicated that the cardholder had not been remitting her contributions for as long as they can remember.

“I was perplexed and so I sought out their number and made a call to their offices. The call confirmed that while I was registered with the medical scheme, I had not remitted any payments and hence, they could not cover me,”  Chebet narrated.

Luckily for her, she was able to rummage through her purse and fork out the amount which ran into more than Sh30,000 shillings.

“I was so shocked that words refused to come out of my mouth. I just stood there embarrassed and then slowly walked away, leaving a crowd of people staring after me,” said Gladys Chebet.

For many employed Kenyans throughout the country, it is easy to sit back and assume the employers will do the right thing by remitting your statutory deductions.

However, when this is not the case, all is not lost.  You could still bounce back on your feet, albeit painfully.

The nasty part in this process is the discovery part. If you happen to be one of those people who rarely get sick, and when they do, they are rarely admitted, it could take you time to know the truth.

However, even without having to be sick, you could just send a text with a shortcode to an NHIF SMS line and get instant feedback with your NHIF number, your full names, year of birth, last contribution month and name of employer. 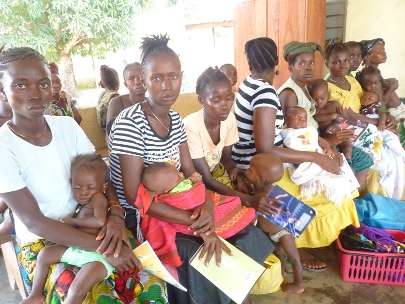 By texting the Letters “ID” adding a space and then writing your ID number and sending the number 21101, you could access all these pieces of information. Only that the SMS will set you back Sh10 above normal rates.

Employers who fail to remit NHIF payments are penalized for the delays. As a matter of policy, employers are required to remit NHIF deductions to the health insurance body by the 9th of each month.

Failure to comply with this deadline, NHIF levies a penalty of five times the amount of money owed to the body.