A senator adversely mentioned in an ongoing gold scam probe has fled the country ostensibly to attend to ‘government business.’

The senator who was implicated in the gold scam that involved senior United Arab Emirates Administration officials is said to be out of the country on official business.

Speaking to the press, Senate speaker Ken Lusaka said senator Wetangula had flown in the company of other senators to attend a function in Hong Kong.

“He is out of the country on Senate business in Hong Kong,” Lusaka disclosed.

Director of Criminal Investigations George Kinoti has confirmed the senator’s involvement in the Dubai gold scam. 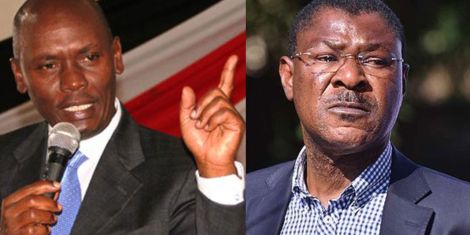 He explained that his team was conducting investigations to establish whether the politician was a victim or an accomplice in the deal that has now gone sour.

DPP Haji on his part directed the Police IG Hillary Mutyambai to expedite the investigation and forward the file to him within seven days. The DPP’s instructions came a day after an audio leaked, of two speakers, one who claimed that certain information had been relayed to President Uhuru Kenyatta, former Prime Minister Raila Odinga and Interior CS Fred Matiang’i, to facilitate the release of a confiscated consignment of gold.

Haji warned that it was unlawful for people to publish such content until all facts are obtained and analysed.

He urged all citizens who may have information on the criminal activities of the syndicate, to take advantage of confidential mechanisms of reporting share the information with law enforcement agencies.