In what appears to be one of the deadliest military hardware ever seen in the world, Russia had its day.
Russia’s troops and military vehicles marched across Moscow’s Red Square during the annual V-Day parade on Thursday.

The parade in central Moscow on Victory Day is the biggest of dozens held across Russia each year to celebrate the defeat of Nazi Germany. The Russian military often use the occasion to show off its newest and mightiest hardware. 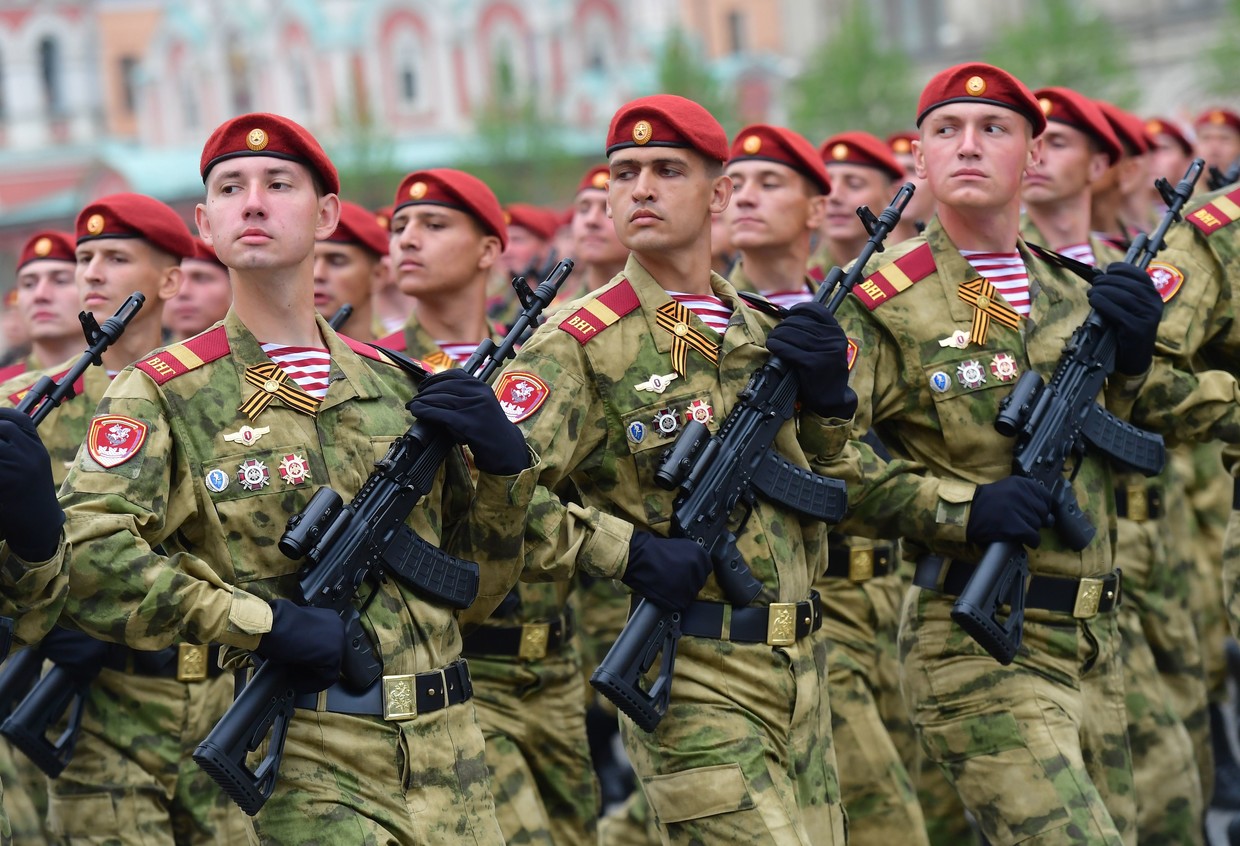 This year’s newcomer was quite civilian, however. The two officials commanding the parade, the defense minister and the Army commander, rode in open-top variants of the Aurus. The car brand was created for top Russian officials, with President Putin becoming the first to try a limousine variant last year. 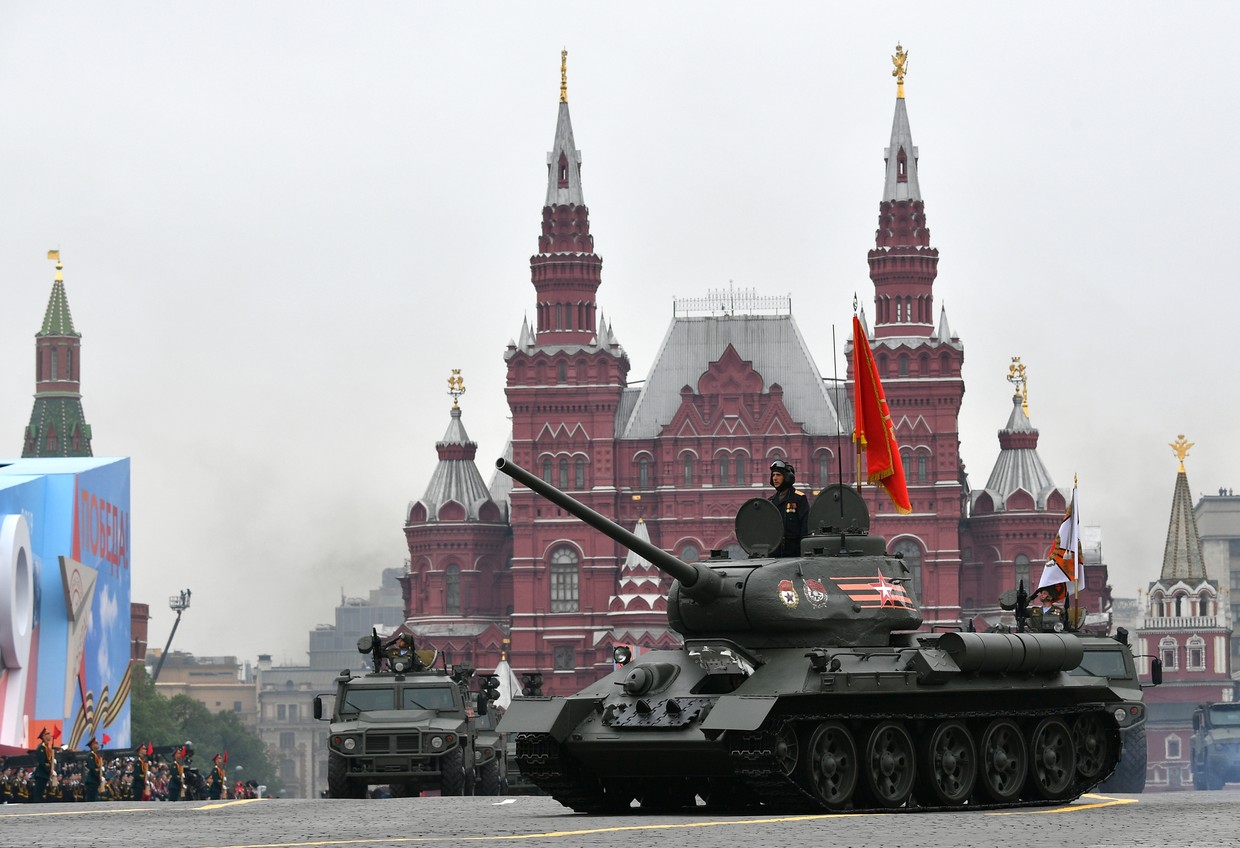 The other major newcomer was the Kalashnikov’s AK-12 assault rifle, the designated replacement for the AK-74 among most Russian troops. The weapon had a somewhat rocky path from the drawing board in 2012, to a major overhaul of the design in 2016, to being contracted by the Defense Ministry last year.

On the other hand, hardware of yesteryear was also on display, with the presence of the restored T-34 tank, the Soviet working horse of World War II tank battles. 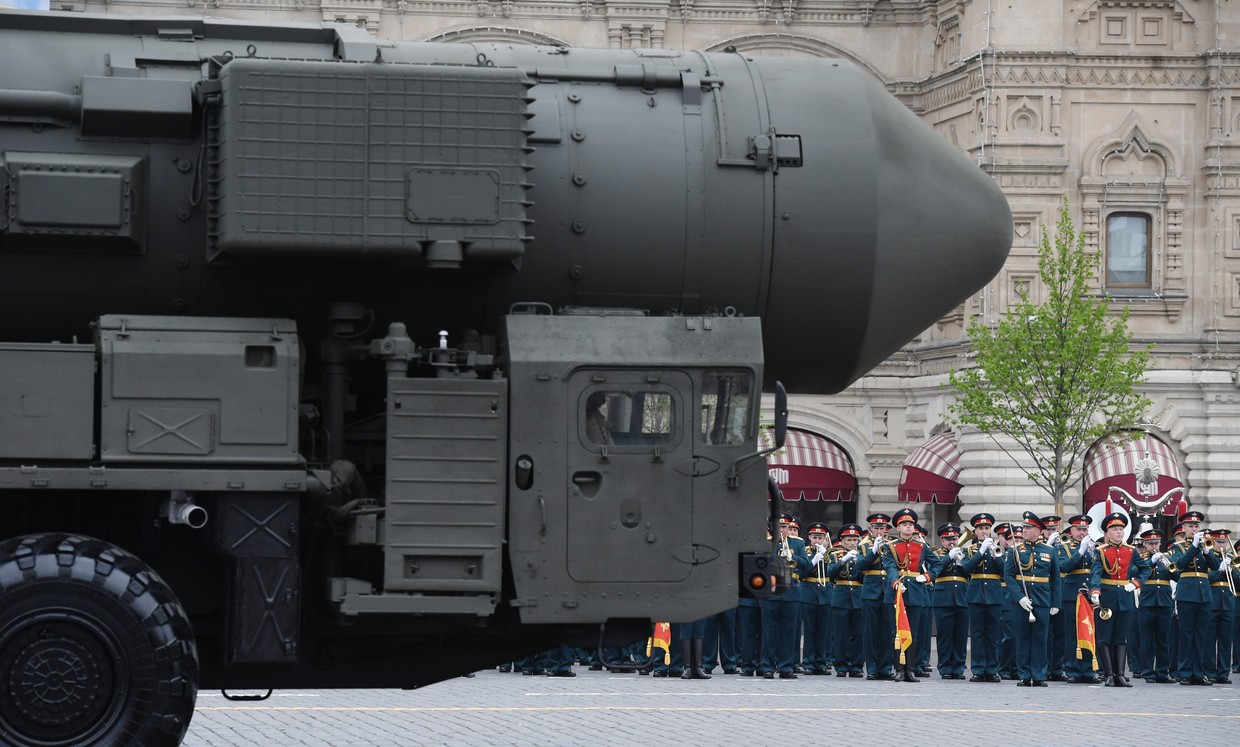 The Yars ICBM is the current backbone of Russia’s ground-based nuclear deterrence. Launchers of the ground-mobile version of the thermonuclear missile are a common fixture of V-Day parades. 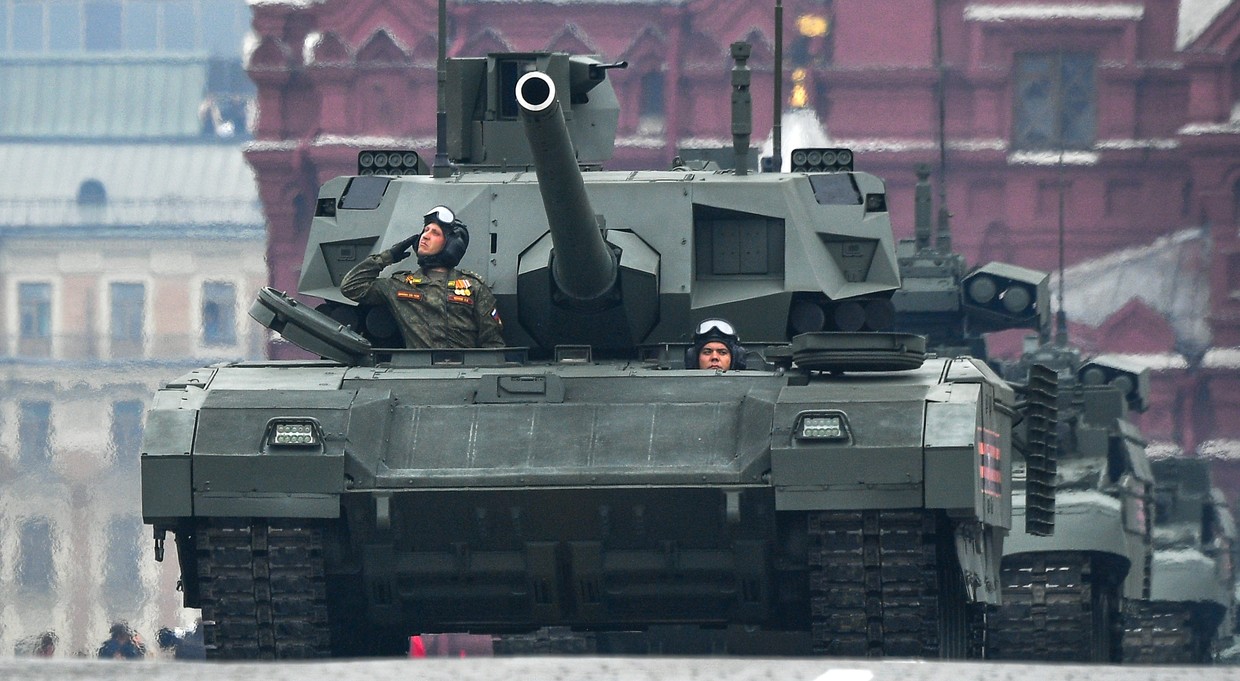 The T-14 Armata, Russia’s highly advanced main battle tank, was on display, too. The vehicle may prove to be too expensive to enter the battlefield in large numbers, but its maker says the platform’s technology will benefit other equipment for decades to come. 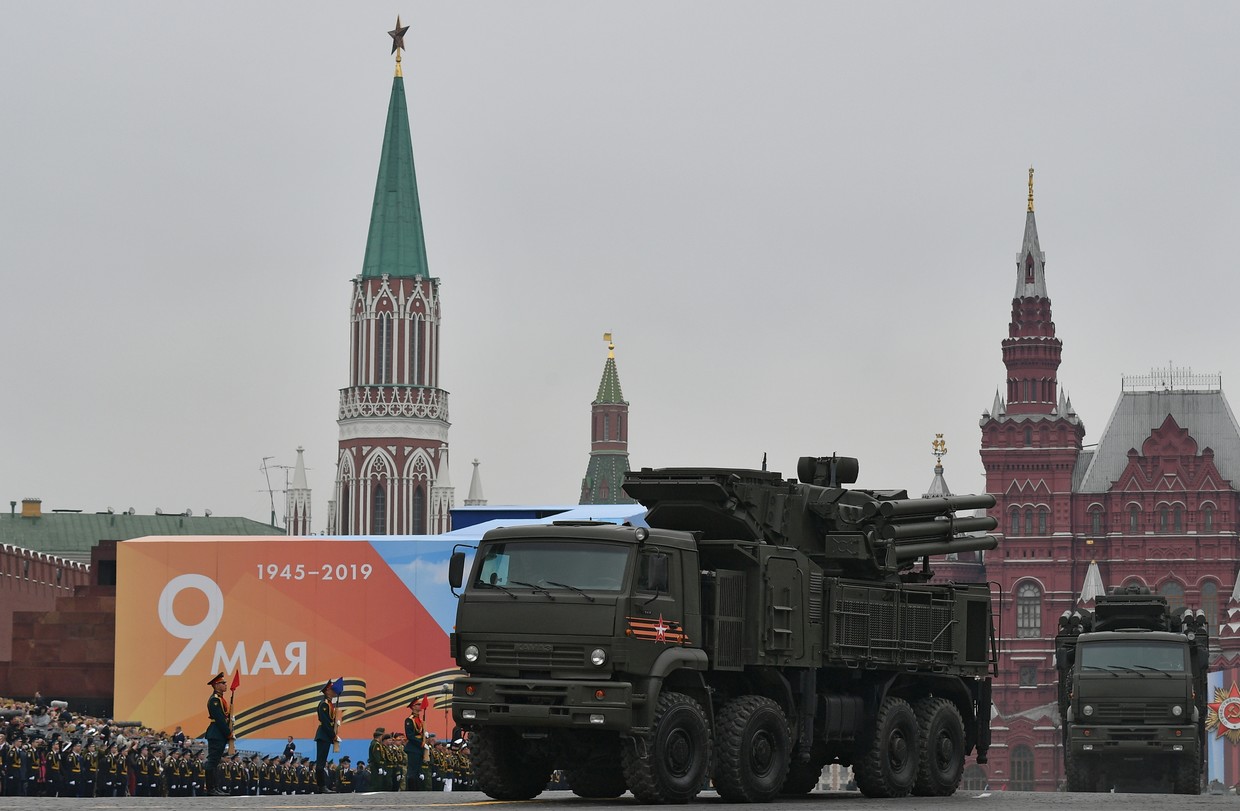 Another peculiar Russian weapon is the Pantsir-S, a combined cannon and missile short-range anti-aircraft system. Siblings of this one are currently deployed in Syria, guarding Russia’s Khmeimim airbase from militant rockets and drones. 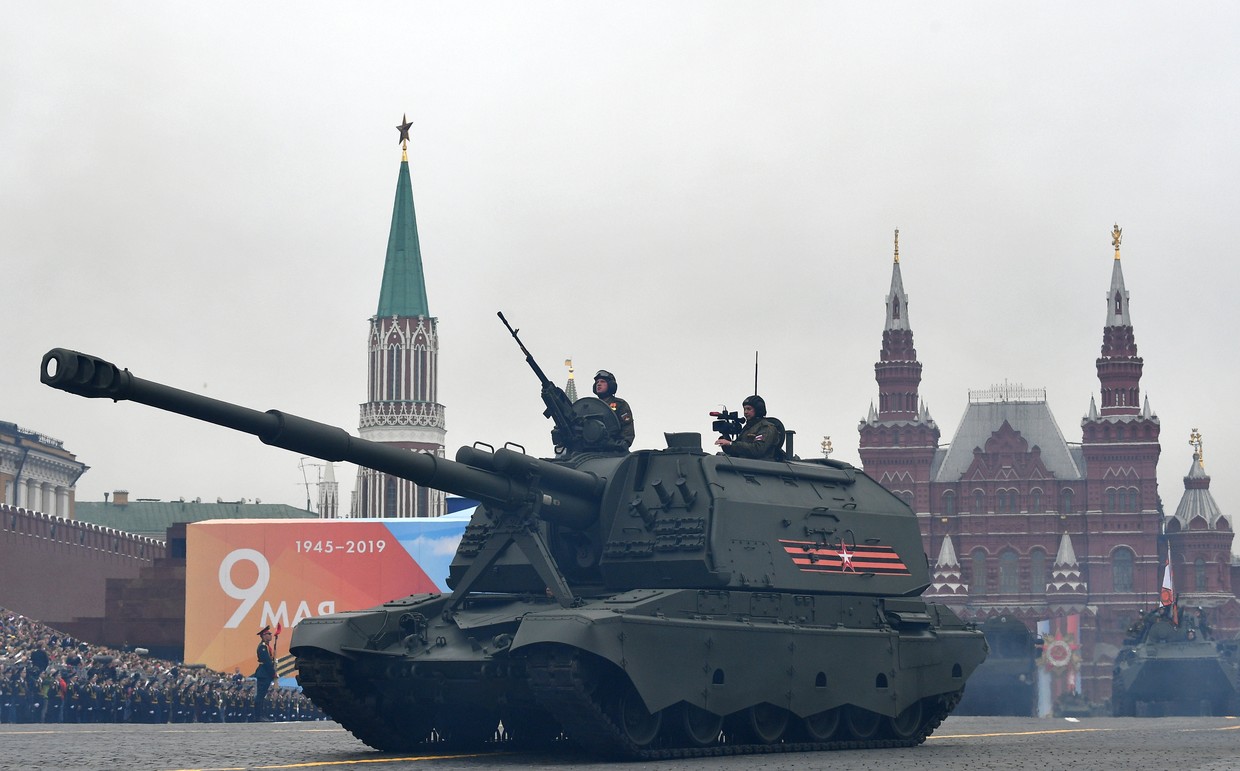 The BMD-4M, an upgraded version of Russia’s current air-droppable amphibious infantry fighting vehicle, was introduced in the Airborne Troops in 2016. The regular BMD-4 project was scrapped after its original manufacturer went bankrupt, but the design was picked up by others and went into serial production. 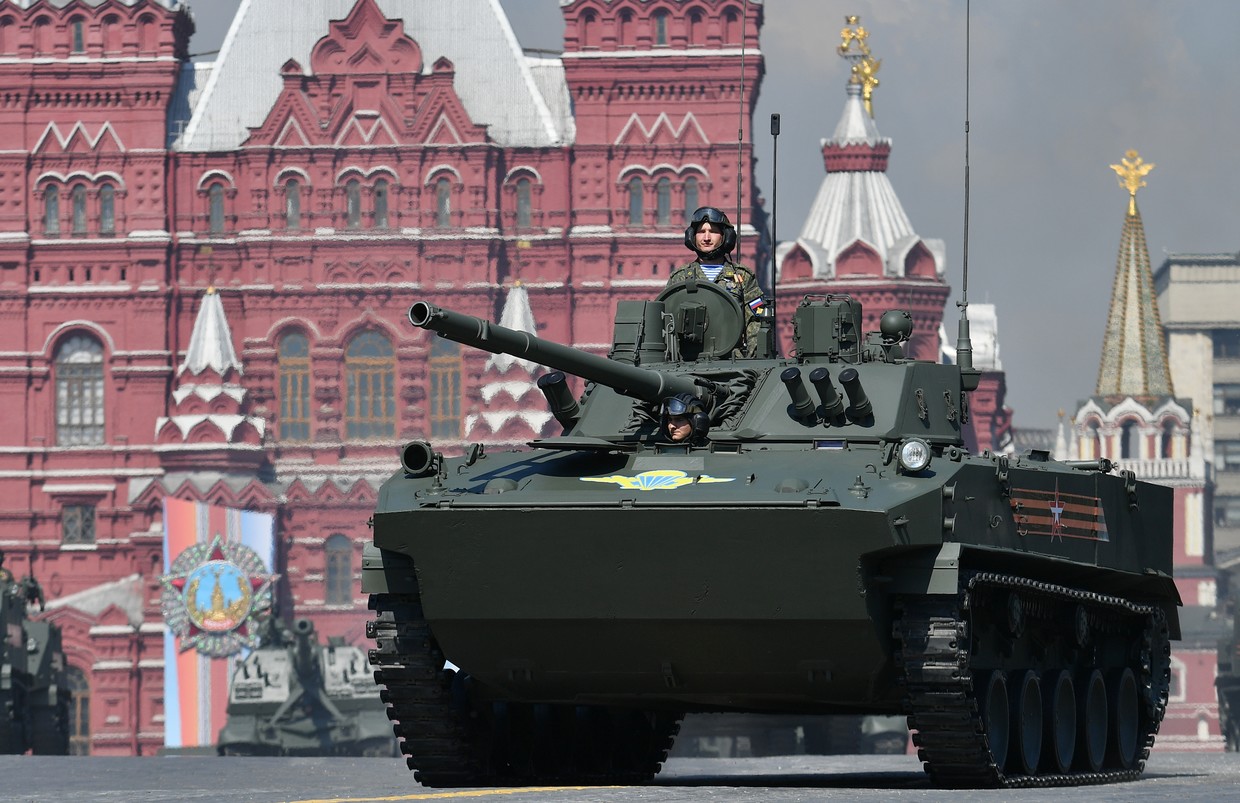 Msta-S is the distinctive Russian self-propelled howitzer, a combat-tested artillery piece that has been around for two decades.