Liverpool could be without Dejan Lovren for their Champions League clash with Bayern Munich, while Fabinho has also taken a slight knock.

The Reds will be without Virgil van Dijk for the tie as he serves a one-match ban, while Joe Gomez is a long-term absentee through injury.

That leaves Joel Matip as Liverpool‘s only fit centre-back currently with Klopp admitting it will be a “tight race” to get Lovren fit in time for the clash on February 19.

Lovren has been missing since picking up a hamstring injury on January 7 in the FA Cup match against Wolves – but there had been hopes that he would definitely be fit in time for Bayern. 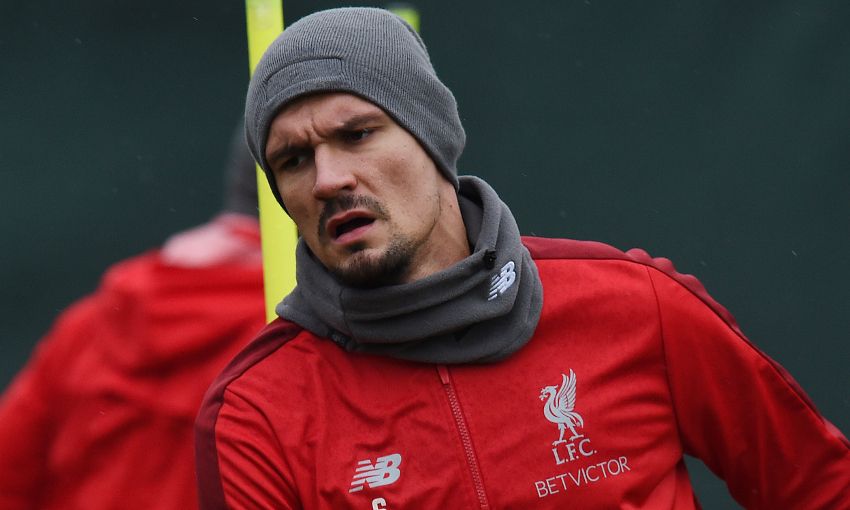 Jurgen Klopp’s men are currently on a warm weather training break in Marbella with no domestic matches until after they play Bayern.

Fabinho, who has been deployed at centre-back this campaign, is nursing a muscle complaint but is expected to be okay for the match against the Germans

“Dejan is not here and Joe [Gomez] is not here,” Klopp told Liverpool’s official site.

“That’s never a good sign, I would say, but we will try everything to make Dejan available for Munich. It will be a tight race.

“For him, it makes sense in the moment to be in another place to do what he has to do. It wouldn’t have helped if he was here, so we will try everything – that’s clear.”