Saboti Member of Parliament (MP) Caleb Amisi has said that plans are underway to have unemployed graduates receive monthly stipends until they get employment if a proposed bill is passed.

Speaking in Kitale when he met students from various universities, Amisi argued that the Government has the responsibility to create jobs for the youth and lamented that many youths were engaging in crime due to unemployment.

According to the MP , many jobless graduates are frustrated and some are turning to crime by joining criminal gangs and the bill in Parliament will help the youth evade criminal gangs.The MP said he has drafted a Bill that will let the Government to put unemployed graduates on a payroll like the elderly persons. 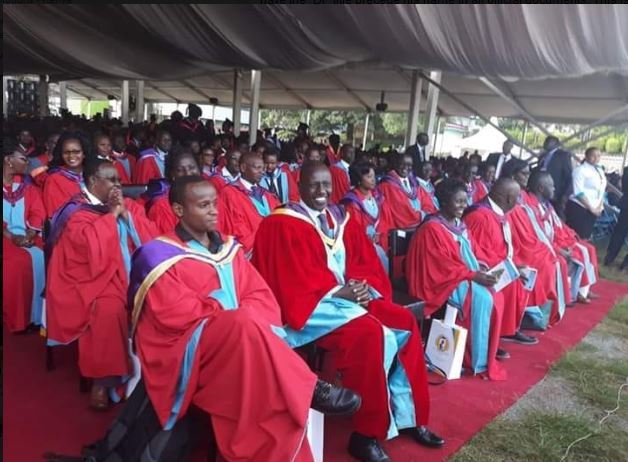 He said it was uneconomic to leave skilled manpower underutilized.
“I want to compel the government to pay stipends to all jobless graduates. The government has the responsibility to create jobs for our youth,” he said.
Some of the Al Shabaab fighters, he said, are Kenyan graduates who joined the militia group after getting frustrated in life.
He said to disengage youths particularly the graduates from joining criminal gangs, they should be given hope through provision of stipends to help them buy basic needs.
“Apart from joining criminal groups, some of the graduates are involved in drugs, which is spoiling their lives,” said the lawmaker.

Today I held a consultative meeting with over 400 university and college students across Saboti Constituency and later joined the Cathedral Catholic Church congregation for the wedding of Hon Nakitare Moses. pic.twitter.com/u0a3mQel1e

He argued that the government’s big four agenda will not be achieved if the youths in the country are overlooked. According to the legislator, his bill will propose introduction of free university education.
He said education of students from poor families is hampered by lack of fees with some being forced to abandon studies.
To fund the free education, the lawmaker suggests, the merger of all bursaries in the national and counties should be done.

“We have seen a situation where university students move from one office to another in search of bursaries and some forced to discontinue studies due to lack of fee. We want free education in the university to end the suffering endured by students,” he said.
He added: “I want all bursaries merged and put in one kitty to support education of poor students. Some of the bursaries are being misused and not benefitting the needy,” said Amisi.He said it is dismaying to see students desperately looking for bursaries due to poor status of their families.