Pierre-Emerick Aubameyang re-established himself as the Premier League’s top goalscorer this season ahead of Mohamed Salah by netting a brace as Arsenal bounced back from consecutive defeats with a 3-1 win over Burnley.

Salah’s strike against Wolves on Friday left Aubameyang second among the division’s top marksmen, but the Gabon international was clinical in either half of a game that saw Arsenal bury the memory of their 3-2 loss at Southampton and 2-0 League Cup reverse against Tottenham. 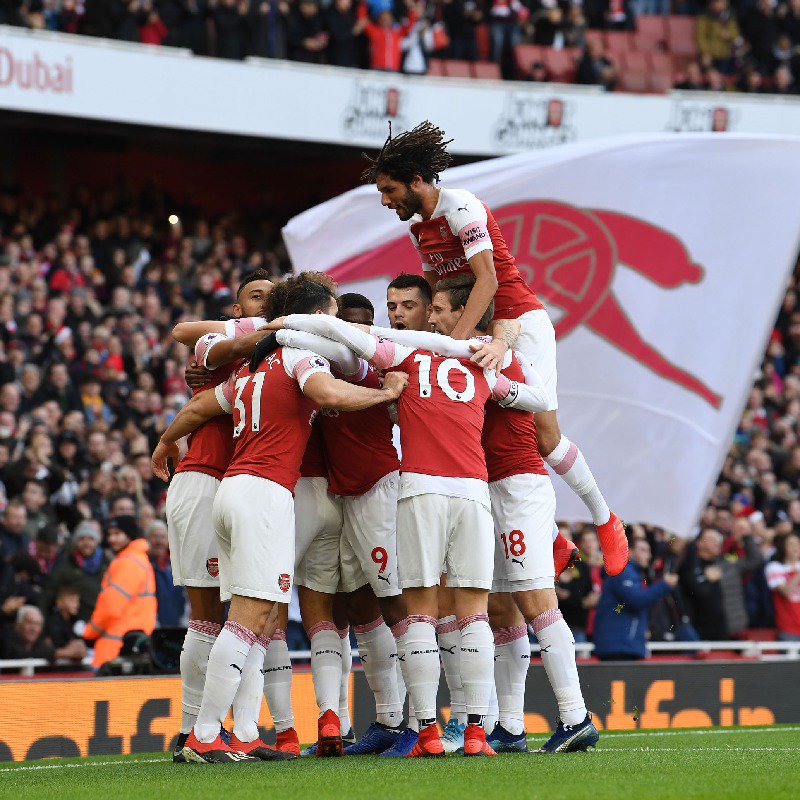 Alex Iwobi added a third for the hosts in stoppage time when he beat the Burnley offside trap.

Unai Emery started Mesut Ozil for the first time in a league game since November 11 and the German made a strong case for a regular spot in an Arsenal side pushing Chelsea hard for fourth place in the table.

Defeat leaves Burnley in danger of going second-bottom later on Saturday depending on results elsewhere after Sean Dyche’s men forced a second-half goal through Ashley Barnes, but failed to muster a comeback that might have earned them a precious point.