It is next to impossible to secure an appointment with Ruto at Harambee House without going through Farouk.

Before news of the murder of Rongo university student Sharon Otieno, few people had heard of Michael Oyamo, the personal assistant to Migori governor Okoth Obado.

The reserved former military man who trained in Afghanistan and had stints in South Sudan is feared by many within the governor’s circle.Michael Oyamo is a man well-known to those in Migori and many would only talk about him in low tones as he uses extreme thuggery and bravado to tame anyone who would dare criticize Governor Okoth Obado.

But Kenyans are yet to meet another PA who breathes fire and his word respected to the core. 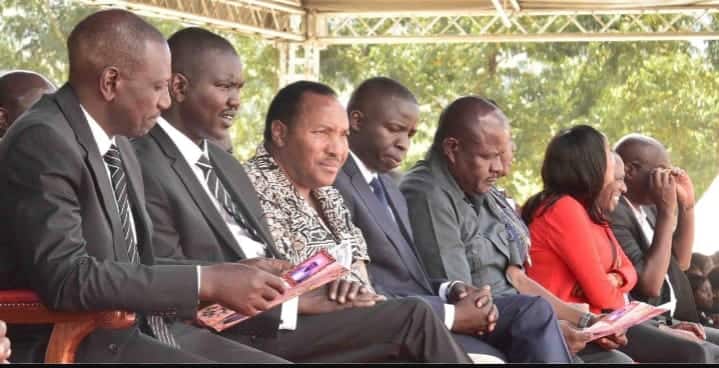 Not many Kenyans know about Farouk Kibet, a member of Deputy President Ruto’s tightly-knit inner circle and tasked with managing the diary of Kenya’s second in command.

According to Duale, any word from the DP’s trusted personal assistant about an appointment is final, irrespective of the urgency of politicians who want to meet Ruto.

“When he says your appointment will be on Tuesday no matter the urgency it will be just that. Many politicians approach him with much caution. Don’t see these MPS praising Farouk and think they are fools. They know the benefits of being in good terms with him and consequences of being in his bad books,” Duale said.

The Deputy President’s personal aide, is a suave gentleman. He is a self-effacing individual at the DP’s numerous public forums, a silent observer and a stickler for detail. He keeps a watchful eye, taking in every detail for subsequent review.

He notes who is who and who says what. He spots out fellow power brokers in the crowd for future engagement. The Deputy President’s right hand man has recently hit newspaper headlines for allegedly receiving money from a suspect in the National Youth Service (NYS) Sh 791 million scandal.

The powerful Parliamentary Public Accounts Committee toyed for a while with the thought of summoning him for interrogation on the NYS saga before dropping the idea altogether.

Farouk was also among a number of Kenyans who were mentioned by the International Criminal Court (ICC) Prosecutor, Fatou Bensouda, for alleged involvement in the 2007 post elections violence. Bensouda claimed that Farouk stormed the Eldoret Police Station, at the height of the violence. She also accused him of tampering with ICC witnesses in the debacle that was the case against the DP at The Hague.
Do kenyan politicians rely on rogue personal assistants?