Is IEBC chairman Wafula Chebukati sleeping on his job? The former IEBC CEO Ezra Chiloba having worked with him, he seems to be understanding Chebukati more. While appearing before parliamentary committee on Thursday to be grilled on his role during the 2017 polls, Chiloba revealed that Chebukati is a man riddled with integrity issues and is unfit to hold office.

Chiloba who was responding to queries in a Sh9 billion tender during last year’s elections said there is a governance crisis at the commission.

He said the commission wrested procurement functions from the secretariat and openly vouched for companies to be awarded tenders.

Commission CEOs have exclusive powers over procurement because they are the agencies’ accounting officers. Commissioners only provide oversight.

Chiloba told the Public Accounts Committee that he once contemplated resigning due to mistreatment by Chebukati. He also accused Chebukati of conflict of interest because his law firm – Cootow and Associates – represented IEBC in numerous election petitions.

“He never disclosed that his law firm was given work by the commission,” Chiloba said.

He denied claims that he single-handedly awarded more than 100 tenders before and after last year’s August elections.

Appearing before the committee early this week, Chebukati and acting CEO Hussein Marjan said Chiloba approved direct procurement of election materials and services at the exclusion of everyone else at the agency.

But Chiloba told the Opiyo Wandayi-led team that Chebukati forced the secretariat to consider some companies which were not even pre-qualified for tenders.

He said Chebukati first held meetings with a Somalia-based company for the supply of the KIEMS kits and later forced the secretariat to consider South African-based company – Reflon – for the tender to print ballot papers.

Chiloba said the procurement was discussed at a plenary meeting with the commissioners where an agreement was reached to change Al-Ghurair. He said a number of firms were flouted and that he was directed to begin the process of from the listed firms.

“The chairman then called me to his office and introduced to another firm which was not among those discussed. He gave me documents and told me to have a look at them,” Chiloba said.

Chebukati then sent him a memo the following day inquiring the progress he had made with the South African firm.

The former CEO accused Chebukati of dishonesty concerning commissioners involvement in procurement of materials used in last elections, saying all procurements were discussed at the plenary sittings.

He said the commissioners transformed themselves into a tender evaluation committees with the final say on all contracts.

“In the case of KIEMS and a number of other procurements, the commission demanded to have the evaluation reports and professional opinions before the award of contracts,” Chiloba said.

Suna East MP Junet Mohammed questioned why Chiloba allowed the commissioners to meddle with procurement affairs when the law gave him exclusive functions of the secretariat. 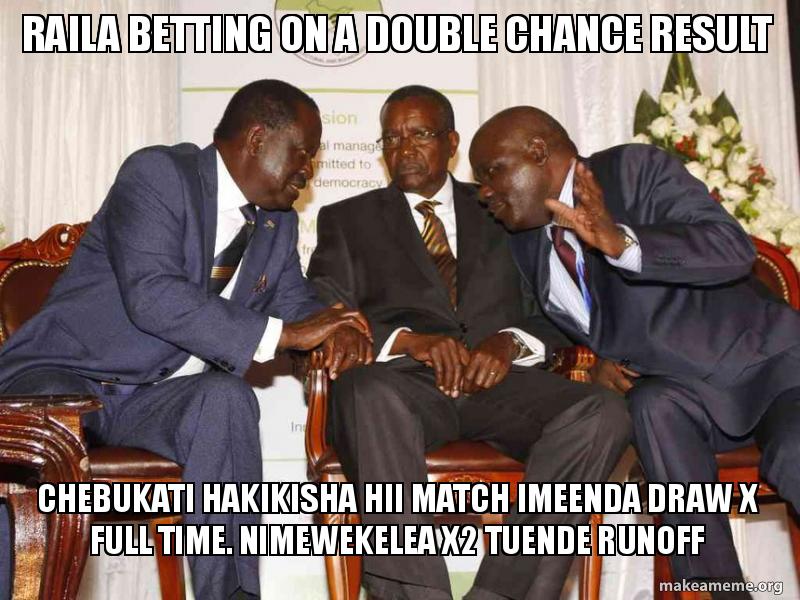 “When the new commission came, I remember we were in a retreat in Naivasha trying to explain the role of commissioners in relation to procurement and the chairman told me they are not going to be flower girls at the commission and they came up with a procedure of getting involved,” Chiloba said.

Chiloba said the commissioners altered minutes to cover up their involvements in key financial management issues.

He gave the example of a meeting at Bomas of Kenya where Chebukati and the commissioners edited minutes of plenary discussions and made him sign, which he did “out of good faith.”

Do you think Chebukati should resign and leave office?