City lawyer Cliff Ombeta has dropped Mugo wa Wairimu over fears that he is attracting a lot of negative energy, especially from women.

Ombeta clarified that he has a daughter aged 17 years and that there is a huge outcry over the way he has allegedly been treating women.

He further divulged that Mugo had already offered him Ksh1 million for legal services but he asked him to “look for someone else”.

“Being a man also with a daughter, I can say that I do not want to continue with the matter any more,” he stated. 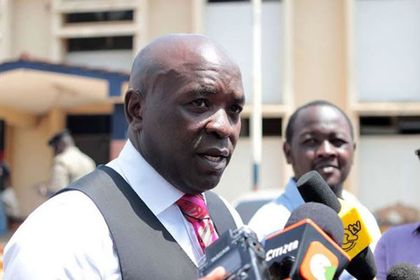 The celebrated lawyer further divulged that he knew the whereabouts of Mugo wa Wairimuwhen detectives were searching for him, but could not hand the information over to the police because it was not his responsibility.

He also defended his decision to represent him earlier stating that Mugo could not be termed as a repeat offender because he had not yet been convicted before.

Lawyer Cliff Ombeta has refused to hold brief for suspected quack doctor James Mugo Ndicho aka Mugo Wa Wairimu in court, suggesting it would be a ‘curse’. https://t.co/SNOcPzyg7D

He, however, acknowledged that the charges were still increasing and so it meant that he was committing the crimes regularly.

Wairimu was on Tuesday, November 13, arrested by the Flying Squad after a week of searching.

The officers from the Directorate of Criminal Investigations claimed that he kept shifting from estate to estate in Nairobi and Kiambu hence the delay.