Five of the firearms were recovered in Nairobi while sources within EACC said they recovered another three in Migori. The Nation could not independently authenticate the claims because the homes were heavily guarded. 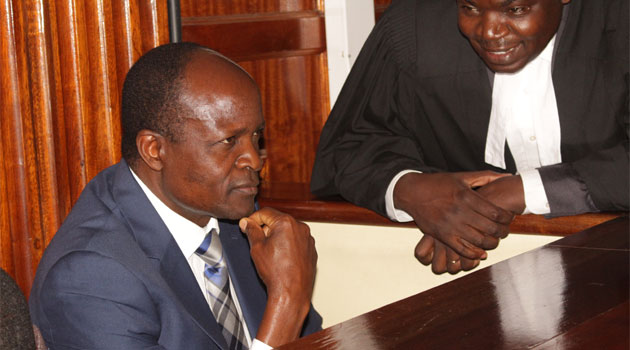 The detectives pounced at dawn, and spent hours rummaging through documents that could help in their investigations into alleged misappropriation of Sh2 billion in Migori County.

The Firearms Act is silent on the number of pistols a licensed civilian should own, but is specific on the type of firearms to be licensed for.

Director of Criminal Investigations George Kinoti said the firearms would be subjected to ballistic examinations and verification of certificates at the Central Firearms Bureau (CFB).

It is not clear how long the investigations and the studying of the documents would take, but EACC retained the electronics and the documents that were seized.

The rural home of the governor remained highly guarded for the period that the detectives were looking for the documents.

The team of about 60 officers from Nairobi and Kisii, accompanied by heavily armed security personnel, was earlier in the day at the county government offices, where a similar operation was carried out.

The county boss is accused of using proxies, among them his relatives, to siphon Sh2 billion from the coffers of the county government, according to an affidavit filed in court by the anti-corruption watchdog.

The detectives turned upside down the office of the county chief and carted away several documents they believed would help them to nail the governor.

Security officers deployed at the home watched from a distance as EACC team took charge of the palatial home for several hours.

Mr Obado was, however, away at his Lavington home in Nairobi, where other detectives were also looking for clues.

EACC has been investigating how the county chief allegedly abused his position to steal public funds through companies registered by his relatives.