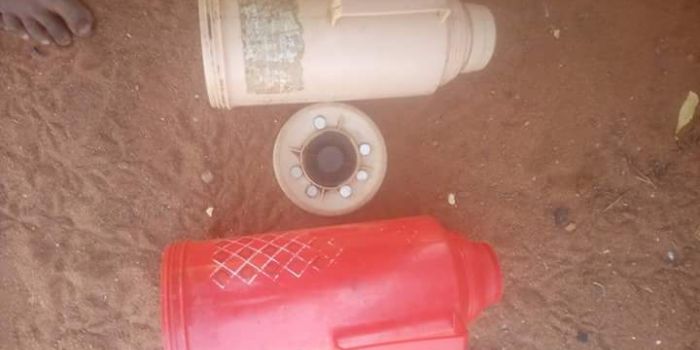 People are now getting worried , everything is a scam, if not then it is a scandal. What have you not in Kenya that is not controversial. Last time i heard drinking soft drinks causes cancer, this is a fact for your information.

People are now afraid and waiting to hear what next. Look no further, tea lovers you won’t like this one.

The government chemist has established that flasks with asbestos pellets can cause cancer.

The agency said flasks are widely used in the country.

“Inhaling fibres of asbestos material is toxic and can lead to cancer of the abdomen and asbestosis (cancer of the pleura),” a report signed by S. G. Njoroge, on behalf of the government chemist, says.

The report says that the flasks contain Tremolite –a type of asbestos- responsible for different types of cancers cases.

This followed tests on a thermos flask sent by Mohammed Ibrahim from Garissa on September 21.

An official at the government chemist said in confidence that the exposure to cancer follows if the flasks are handled poorly, gets cracks or are broken.

“If the asbestos capsules are directly inhaled or get in direct contact with the food, then users are likely to be exposed to cancer,” the official said on Tuesday.

X-Ray diffraction (XRD) is a laboratory-based technique commonly used for identification of crystalline materials and analysis of unit cell dimensions.

The unit cell of a mineral is the smallest divisible unit of a mineral that possesses the symmetry and properties of the mineral.

Cancer is one of the leading causes of deaths in Kenya.

It is estimated that 39,000 new cases of cancer are reported each year, with more than 27,000 deaths resulting from the same.

The question is what is the step the government is taking in conjuction with the Ministry of Health is taking to curb this menace.

WHAT DO YOU THINK THE GOVERNMENT SHOULD DO TO EMPOWER THE CITIZENS ON THE CAUSES OF CANCER ?