Results of DNA analysis on samples collected from the house of slain businesswoman Monica Kimani are out.

The outcome of the tests was submitted to the officers handling the murder case at the Directorate of Criminal Investigations (DCI) on Wednesday.

Details of the results have been kept confidential because the outcome is part of evidence to be adduced in court by the prosecution.

However, police sources on Thursday told the Nation that they had proved beyond doubt the identity of the murderer.

On Wednesday, detectives interrogated more witnesses as they battled to unravel the gruesome murder that happened in Kilimani, Nairobi.

The investigators questioned two people who met with the main suspect, Mr Joseph Irungu, at Ms Kimani’s house moments before she was murdered.

The two, a Lebanese national and a Kenyan only identified as Owen for security purposes, were needed for a second time to corroborate the evidence that police have gathered so far.

Ms Kimani, 28, was murdered in her house on the night of September 19 and 20, and her body— with a throat slit from ear to ear, taped tied mouth and tied legs and hands— left in the bathtub with the water running.

Her assailants threw her two phones in a bathtub full of water before locking the house and leaving with the apartment keys.

Sources said cybercrime investigations unit had been brought on board to find out who the main suspect in the murder, Mr Joseph Irungu, may have met with or communicated with before and after the murder.

“They are also reviewing CCTV footage that captured the suspect leaving the apartment, with the aim of establishing the identity of the man who was with him in the car,” the officers said.

Three suspects, Mr Irungu, his fiancé and TV anchor Jacque Maribe and businessman Brian Kassaine, are in police custody under terms granted by a court in Kiambu. 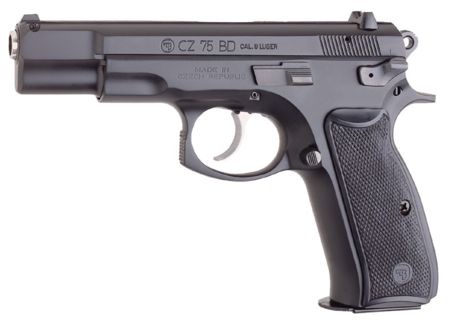 The results of the ballistic examination on a gun, a bullet and 62 bullets found hidden in a white envelope in Mr Kassaine’s ceiling are still not yet out.

Mr Kassaine, whom the Central Firearms Bureau is trying to establish if he is a licensed gun holder, admitted to have given Mr Irungu the firearm on September 9, saying he used to service it for him from time to time.

The law criminalises the handling of a firearm by a person who is not licensed.

Similarly, it restricts licensed holders from allowing anyone to use or carry their firearm and demands that all holders must have a safe to keep the weapon at all times.

The discovery of the firearm was made after a bullet was found under Ms Maribe’s bed in her Royal Park Apartment, where she lives with Irungu.

The news anchor has since changed her initial statement to read that her fiancé attempted suicide early Friday morning, a day after Monica’s assassination.

All the three suspects recorded statements later that Friday claiming that a gang of three armed thugs riding on a motorcycle had attacked and shot Mr Irungu on the left side of the chest.

Other people have who were interrogated by police include the couple’s maid, Mr Kassaine’s wife Catherine Piyion, watchmen at the Lamuria Gardens, watchmen at the Royal Park estate and the suspects’ friends.

Those familiar with the investigations told the Nation that from the analysis of the conversation between Ms Kimani, Mr Irungu, her links in South Sudan and Mr Irungu’s close friends, the motive of the killing may have been robbery or love gone sour.