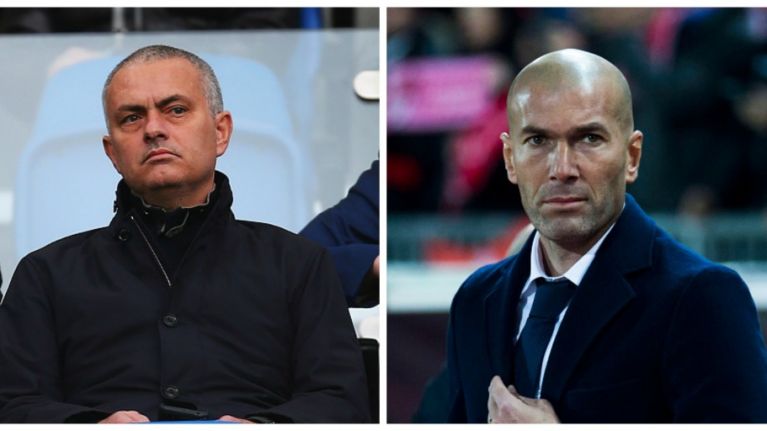 Mourinho has come under increased pressure this season after a poor pre-season and having lost two of United’s opening four Premier League games. Zidane has been linked to the job having guided Real Madrid to three successive Champions League titles before departing days after beating Liverpool 3-1 in the final of the most recent European Cup.

The Frenchman is reportedly interested in managing in England and the Mirror claim he has told friends he expects a call if they decide Mourinho is no longer the man at Old Trafford. Sources though, claim Zidane would want four players to turn the fortunes around at the Red Devils if he was to replace Mourinho.

Zidane managed Kroos at Real Madrid with the midfielder believed to have been a target for Mourinho in recent times. The German star has been a key figure at the Bernabeu, alongside Luka Modric, ever since his move from Bayern Munich in 2014.

It was reported that Manchester United held talks with the 28-year-old this summer, though Madrid were not keen to sell. Kroos still has just under four years left on his current deal with it claimed earlier this year that it may to €500million to trigger his release clause. Real Madrid star Toni Kroos is a reported target for Manchester United (Image: GETTY)

Thiago is another one that has been on United’s radar for some time with the Bayern Munich midfielder having been a key target in 2013. That was when the Spaniard was at Barcelona but the 27-year-old moved to the Bundesliga where he has won five successive league titles.

Bayern’s sporting director, Hasan Salihamidzic, suggested during the summer that they were keen to keep their man.

“Of course we are planning [for next season] with him (Thiago),” Salihamidzic said. “It will be an interesting battle for places with nine midfielders.”

Rodriguez is another who Zidane had the pleasure of managing at Real Madrid, though the Colombian spent last season out on loan at Bayern Munich and he’s in Germany again this season.

Rodriguez made 22 appearances for Zidane’s Madrid in 2016-17 though failed to nail down a place under Zidane.

That was because Real had the likes of Cristiano Ronaldo, Gareth Bale and Karim Benzema in their attacking line-up.

Manchester United do not possess a force as potent as that Madrid line-up so it’s possible Zidane would use the 27-year-old on a more regular occasion.

Cavani is PSG’s all-time top scorer, having bagged over 170 goals since joining the French side from Napoli in 2013.

Mourinho has not been impressed by the likes of Anthony Martial and Marcus Rashford at United, relying on Belgian striker Romelu Lukaku.

Whether Zidane would agree with the Portuguese tactician remains to be seen, but Martial’s future looks in doubt.

Cavani has to battle alongside Neymar and Kylian Mbappe at PSG though and may be tempted.