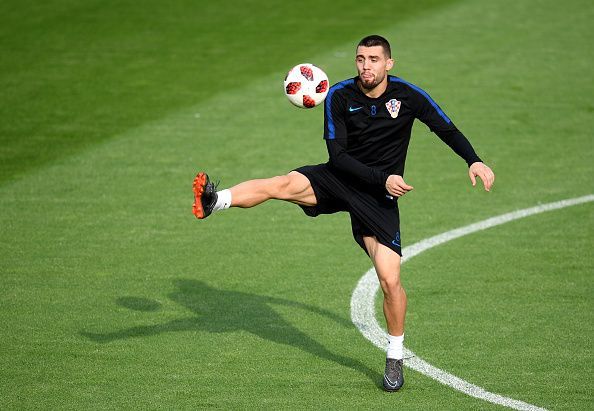 Manchester City are currently the dominant force of English football, as they seem likely to retain the Premier League trophy, and could become the first side since Manchester United (in 2009) to win back-to-back titles.

Such claims are not far-sighted as the Citizens brushed aside a new look Chelsea side under the stewardship of Maurizio Sarri on Sunday. The sky blues notched up a comfortable 2-0 victory over last year’s FA Cup winners in the curtain raiser.

Many believe that under Pep Guardiola’s leadership, the blue half of Manchester can not only defend the Premier League but they can also challenge for the Champions League title as well.

There are two key reasons for all the successes City are enjoying; first of all Pep Guardiola’s tactics and second, the kind of money they have splashed in the transfer market. In the current Manchester City roaster, they have two players competing for every spot in the lineup.

The holding midfield position is the only exception as Fernandinho continues to prove his doubters wrong and put in great performances game after game.

Danilo is a Portuguese international who plays as a defensive midfielder for FC Porto in the Primeira Liga. The midfielder is only 26-years old and was a crucial part of Portugal’s Euro 2016 triumph as well. Danilo is very good in the air to supplement his excellent range of passing. The FC Porto midfielder likes to play through balls and is good with his positioning which helps him to make a large number of interceptions.

Last season he had a passing accuracy of 87.7% something which Pep Guardiola would love to see in his deep-lying midfielder. A physical monster in midfield, his ability to win aerial duels should help in protecting City’s goal.

His contract expires in 2019 and has a release clause of €40m. The Citizens could get their man at a much lower price since there is only one year left on his contract.

A former Inter Milan star, Mateo Kovacic is already a proven winner as he has won three Champions League titles and one La Liga at a relatively young age of 24. He has often been compared to his national team and club mate Luka Modric due to a similar style of play.

He is capable of playing anywhere in the midfield and is great with the ball at his feet with a decent tackling technique. Kovacic has not been a regular starter for Los Blancos, which speaks volumes about their midfield, but the former Serie a star has put in impressive performances whenever called upon.

The former Dinamo Zagreb midfielder also has plenty of experience of playing at the top level. If reports are believed, Kovacic has refused to train with Real Madrid as he is trying to engineer a move away from the Santiago Bernabeu.

He has already rejected a chance to move to Manchester United and if the Citizens manage to sign him, it will be a big blow to their eternal rivals. City are likely to face competition from Chelsea for the Real Madrid star.

Feels good to be back with the team @bvb09! 🙏💪 #keeponworking #staypositive

Julian Weigl is a 22-year old German International who has impressed one and all since moving to Dortmund in 2015. Along with the likes of Christian Pulisic and Mahmoud Dahoud, Weigl is likely to become a global star in the next few years.

Many have hailed him as the future of the German midfield as he is often compared with Real Madrid star Toni Kroos due to his tidy passing game. The former 1860 Munich youngster plays in a defensive role for the Yellow submarines as he likes to dictate the tempo and make crucial tackles when his team are counter-attacked.