Didier Drogba scored the winning penalty in the 2012 Champions League final to bring Ol’ Big Ears to Stamford BridgeGoals are the most valuable commodity in football and for good reason. Not only can they win you matches and eventually trophies but also shape the destiny of a football club. Goals indeed have the power to alter a team’s history.Chelsea is no different than most clubs, they don’t have too many trophies between 1905 and now in relation to the Manchester Uniteds and Arsenals but the Blues have seen a lot of success since 2004 when Roman Abramovich took over at Stamford Bridge.

Through history, some important moments have marked the successes in Chelsea’s timeline. There were obviously goals that accompanied these famous happenings and we attempt to chronicle the 5 most important of them all.Here are 5 of the most vital goals ever scored by Chelsea players which have managed to shape the club’s history. 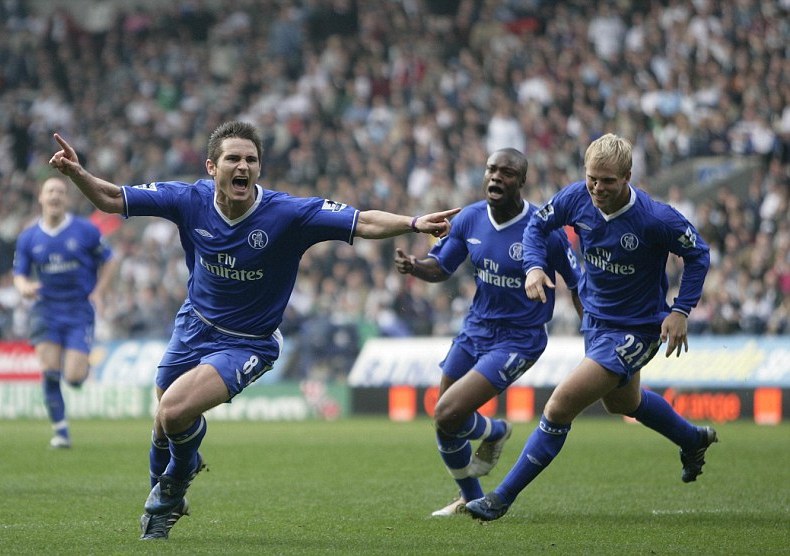 It was the 30th of April in the Spring of 2005. Chelsea were looking for their first Premier League title in over 50 years and judging from their form that season, it looked like they would clinch the trophy easily to get to the centennial celebrations underway at the club. All they needed was a victory that day against Bolton and the Premier League trophy was theirs.

Mourinho’s men were one of the strongest defensive units in the league that year and were equally lethal while pushing ahead, however that day things seemed to be different. Bolton were giving their home fans something to cheer about at the Reebok as they piled the pressure on Chelsea forcing a young Petr Cech into making a slew of fine saves. It seemed as though at this vital moment, right at the finish line, Chelsea had run out of batteries and they could see the title slipping away from their grasp.

Chelsea were finding it difficult to even move out of their own half for the majority of the game until the hour mark approached. A beautiful ball from Didier Drogba found itself at the feet of Chelsea’s standout performer that year – Frank Lampard, and he dispatched it with ease past a stunned Jussi Jaaskelainen. 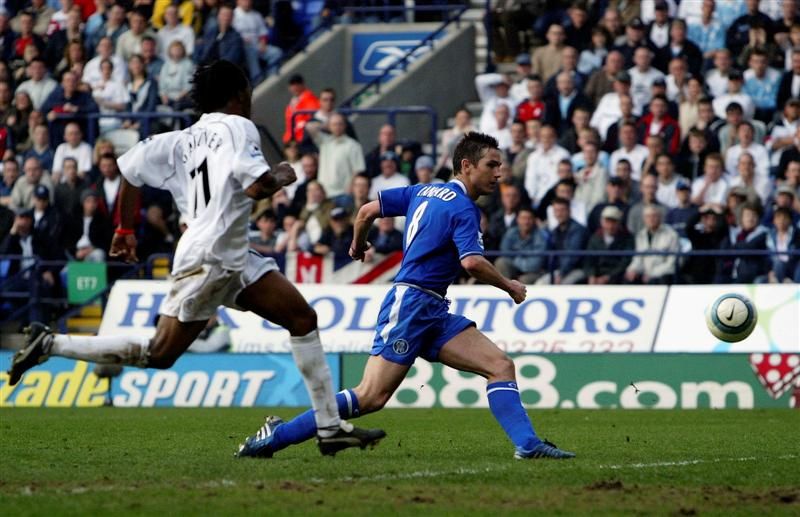 “Super Frank” then went on to clear any uncertainty with his second goal of the game – a beautifully taken goal where the midfielder surged through the centre of the field to blast the ball into the net and to secure the Premier League title – truly a historic moment for Chelsea FC and Frank Lampard himself. 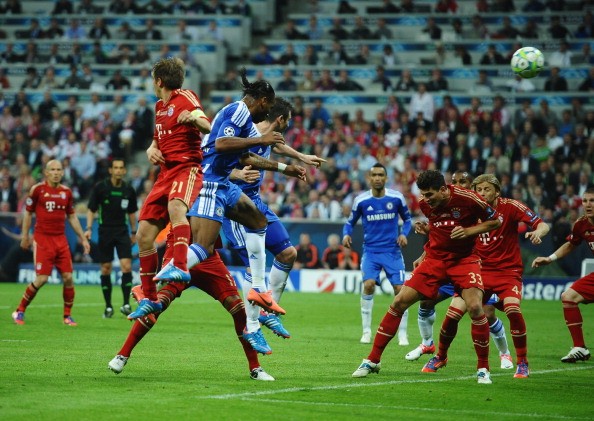 While Chelsea were neatly racking up trophies after Roman Abramovich took over in 2004, the Champions League was one that managed to elude the Blues. It was the one trophy that the players, fans and the Russian oligarch desired most.

In 2012, this dream seemed but a fantasy with Chelsea having one of their worst campaigns so far. However, post the sacking of manager Andre Villas-Boas, the Blues managed to miraculously turn their fortunes around in the Champions League by staving off Napoli, Porto and a much fancied Barcelona side to face Bayern Munich at their home in the final.

Things didn’t seem to be going well for the Blues as not only were they completely outplayed and didn’t get a chance on the ball, they went down in the 83rd minute when Thomas Muller headed Bayern ahead. 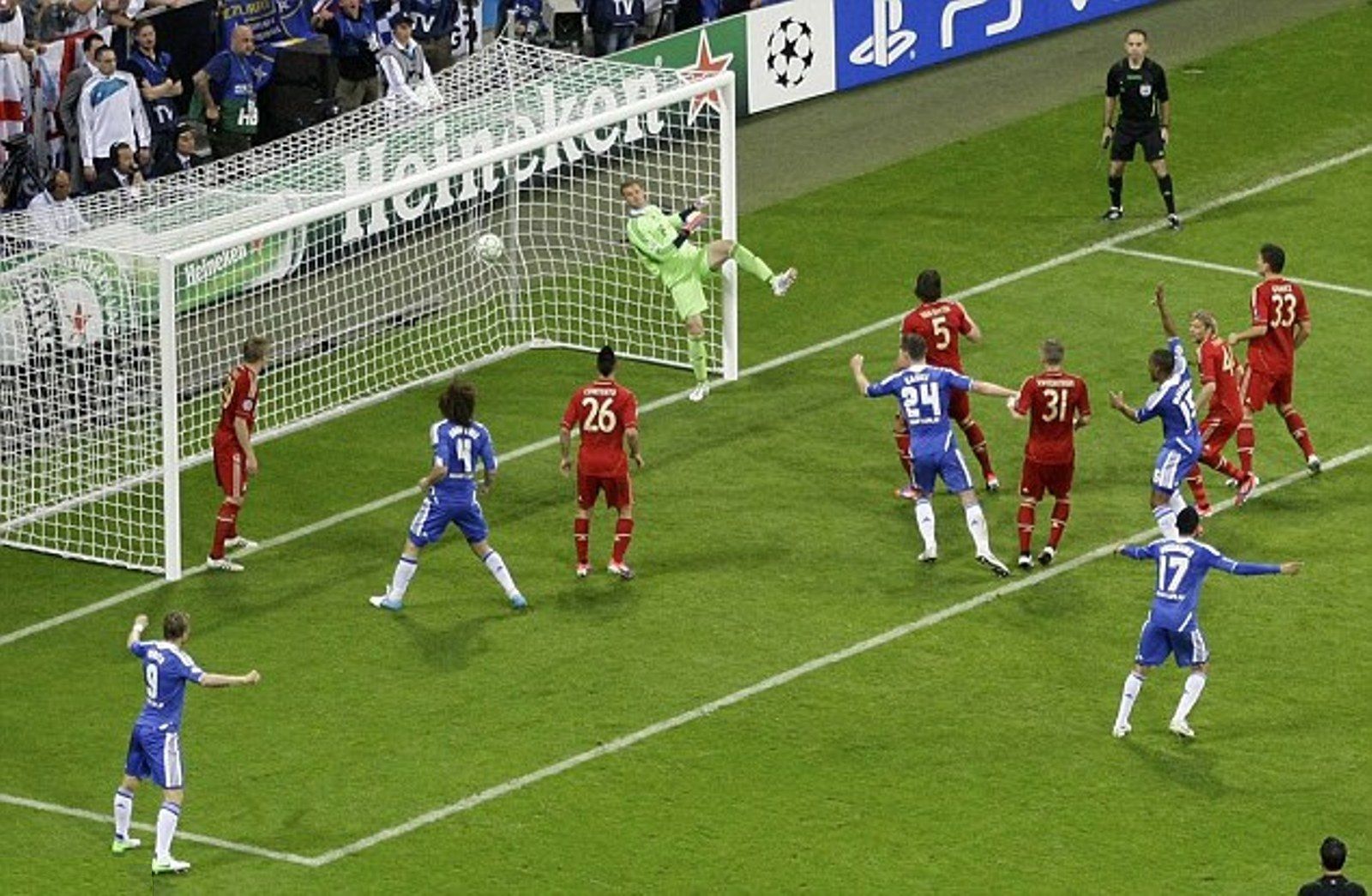 All hope seemed lost for The Blues until they finally won their first corner two minutes before the final whistle and made it count. Didier Drogba masterfully latched onto a Juan Mata corner and headed it past Manuel Neuer in goal.

The match then went into extra time and subsequently into penalties where the Ivorian stepped up to take the final penalty. The rest as they say is history. Drogba managed to win Chelsea the one trophy that had eluded them for over a century and with it cemented his name in Chelsea folklore. 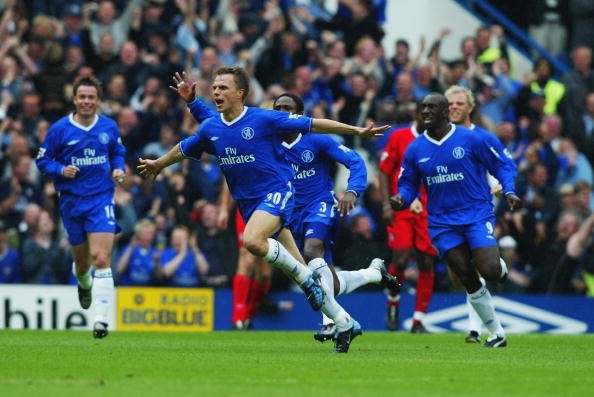 Funnily enough, Chelsea’s most vital goal ever wasn’t a championship securing one. In fact, on the surface all it managed to do was grant Chelsea Champions League qualification the next season.

However, the implications of this Gronkjaer goal against Liverpool were far greater than that as a young oligarch at the time by the name of Roman Abramovich was interested in purchasing a Premier League team but was unsure of which one. All that he desired was a Champions League competing team.

As such, the Liverpool-Chelsea game was deemed as the billion dollar game as victory would secure a multi-billion dollar deal for the winning side. Chelsea were in dire need of this investment as they were heavily in debt and were facing the prospect of administration the next season. 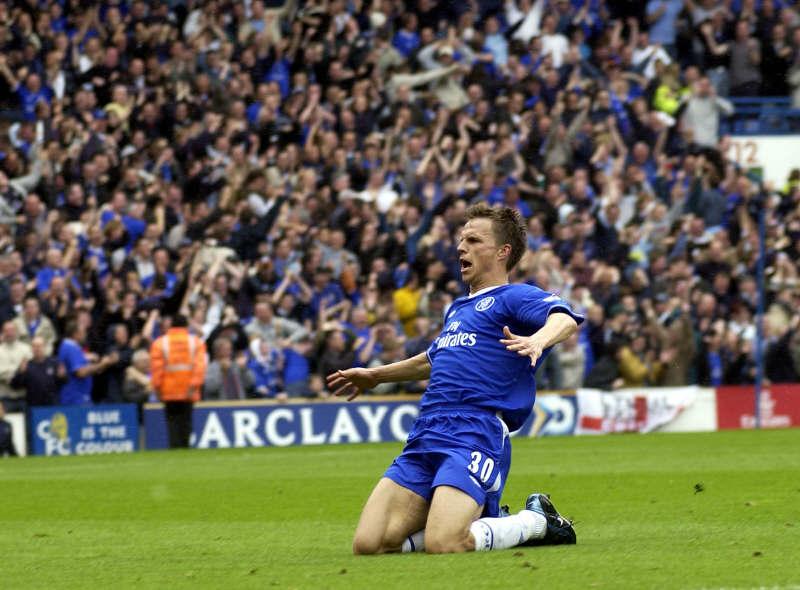 So when the Danish midfielder latched onto a Melchiot pass at the edge of the box and let rip, thus putting the Blues ahead, he managed to score what was deemed the “Billion Dollar Goal” and assure Chelsea of a much more assured financial future.

Thus while Gronkjaer’s goal didn’t have the direct impact as Drogba’s goal in the 2012 Champions League or Lampard’s Premier League clinching goal in 2005, it was his goal that allowed the millions to pour in which ultimately made those vital goals possible in addition to various other trophies added into Chelsea’s trophy cabinet in the recent past.