We thank God for another Friday! The week has been dominated by Esther Arunga’s trial in Australia and Denis Okari’s Red Alert story that exposed the underhand dealings in the meat industry. It was a relief for Arunga as the court gave her a lenient 10 months parole sentence even though she had committed serious crimes of lying about her son’s death.

This morning, we have juicy stories that will definitely put you into Friday mood as we count down to the Afcon finals between Algeria and Senegal tonight.

Here are the stories making headlines on Opera News. 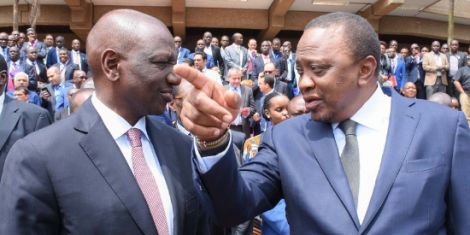 Early this week, we revealed how President Uhuru Kenyatta has delegated Interior CS Fred Matiang’i to chair Cabinet meetings in his absence. It seems the move has not gone down well with Deputy President William Ruto if reports in the media are anything to go by.

There have been claims that the DP has missed 8 Cabinet Meetings in a row. Some people are now questioning how Ruto would attend a meeting chaired by his Junior? These claims come in the aftermath of claims that 4 CSs were plotting to murder Ruto.

The Directorate of Criminal Investigations (DCI) has announced that it is investigating an alleged fake letter which leaked from President Uhuru Kenyatta’s office. Nzioka Waita, the Chief of Staff, reaffirmed State House’s Wednesday position that the document, which was printed on the Presidency’s letterhead did not come from there.

This has created a rift between the office of the President and that of his Deputy William Ruto. Interestingly, this is not the first fake letter the DCI is investigating. We all remember the alleged fake murder plot whose investigations are still ongoing.

The question is who is to blame for all these scandals in the Presidency?

NYS Boss Rushed to Hospital after ‘Cup of Tea’

National Youth Service director-general Matilda Sakwa, a tough-minded reformer, was rushed to hospital on Tuesday moments after she drank a cup of tea.

It was not immediately known if the contents of the tea caused her illness but those close to Sakwa suspect it might have been an attempt on her life.