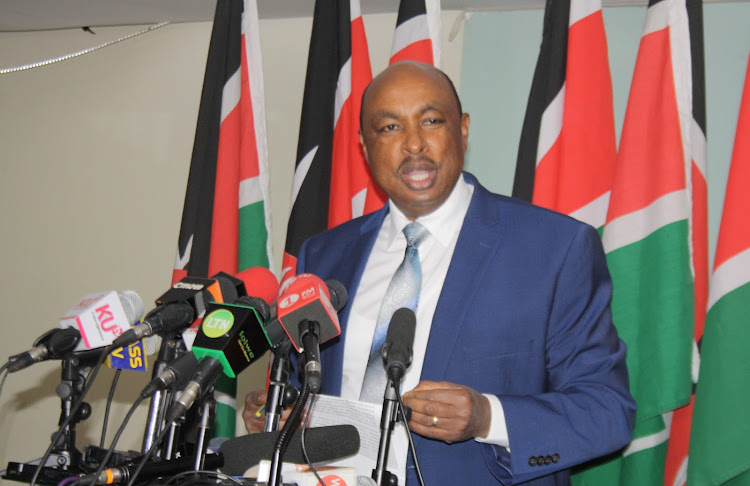 Eric Kiraithe has had an interesting career as a Police spokesperson and later a government spokesperson. His job has literally put him in the public limelight. But how did he perform? Let us just say he has been one of the most controversial figures in recent times.

As Police spokesperson, Kiraithe had a hard time explaining the excessive force used by police during the 2007/8 Post Election Violence. A journalist captured a policeman gunning down a demonstrator in Kisumu, in footage that became the face of the PEV. But in a shocking turn of events, Kiraithe said the footage was computer generated.

Eric Kiraithe once said footage of a cop captured on camera gunning down a demonstrator in Kisumu was computer generated. Family lost a son

In 2017, Tanzania decided to confiscate cows and chicken belonging to Kenyans and auctioned them in one of the most daring provocations in East Africa. But Kiraithe said the auctioning would not affect the relationship between Kenya and Tanzania.

Eric Kiraithe, govt spokesman, says "the auctioning of Maasai cows will not affect the relationship between Kenya & Tanzania." There you have it, folks. Your govt would rather protect businesses of Kenyan moneybags in Dar, than toss it all up because of cows belonging to paupers.

In 2018, Kiraithe received backlash after defending Chinese contractors who were accused of mistreating Kenyans working on the SGR.

He stated that the staff pictured as being mistreated were going through orientation so as to gain the military standard discipline to run the project.

Turns out the Chinese are busy importing their own workplace rules including cash fines for missed calls and lateness, abusive language and general mathogothaniohttps://t.co/S6bMcFpQZl

Kiraithe further asked Kenyans to bear with and appreciate the work the Chinese were doing in the management of the Standard Gauge Railway (SGR).

If Jubilee Government Spokesman Eric Kiraithe can justify mistreatment of Kenyans by Chinese and tell them to shut up, what then stops Kenyans to defend themselves?

“Whereas the government is at hand to protect the individual rights and dignity of every Kenyan, the inward-looking ‘haki yetu’ (self-seeking) workplace culture has no place in the Madaraka Express, neither now, nor in future,” the Spokesman spoke at KICC.

Last year, Kiraithe was asked why the Integrated Financial and Information System (IFMIS) had failed in Kenya, with the government losing billions of money. Kiraithe in his own wisdom said that it is because ICT is relatively new in Kenya.

Why has IFMIS failed?

ICT is a relatively new technology in Kenya pic.twitter.com/oN2oeoUb4m

Let us not forget the statement he issued after US President Donald Trump called Africans ‘Sh**h*les. Did he have to issue such a stupid and unwarranted statement?