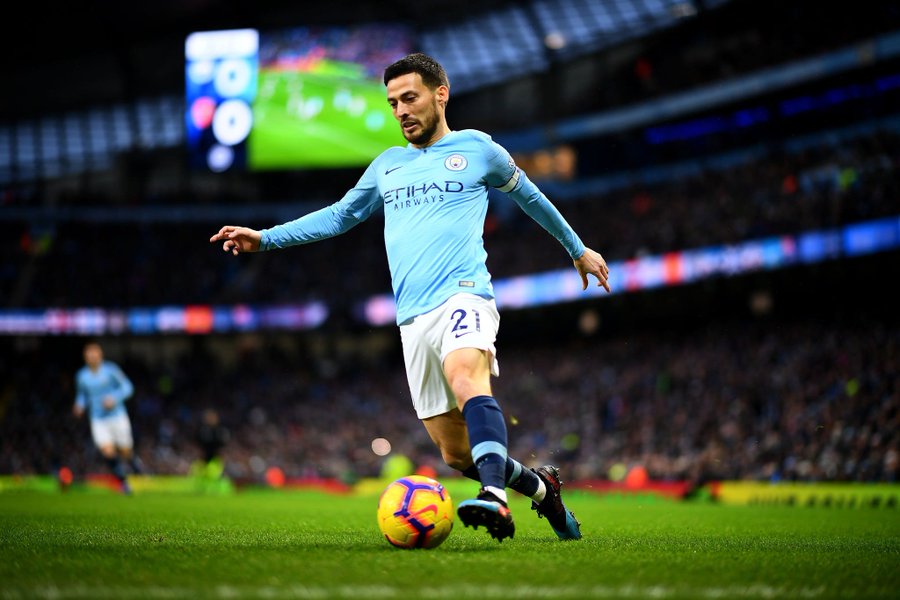 David Silva has admitted he does not have any long-term plans for his career, and has challenged Manchester City to improve on last season.

City broke the Premier League record points tally last season en route to the title, but find themselves three points behind Liverpool this time around.

They can go back top of the league with a win over Chelsea at the Etihad on Sunday, and Silva believes the team can do even better than last season.

Speaking to Sky Sports, he said: “The club is making progress and buying players, but keeping the old guard. I think it is a mix of old players and young players so that is a good mix.

“I think it is good and the club is doing well, which you can see on the pitch. This season, maybe we can do better than last season.

“I adapted so well because the people here helped me a lot, so I am grateful to them. That is one of the reasons, the other one is that my family are always with me and behind me and I am so strong in my head.

“It is always there and I am working a lot every day. When you work and you give everything, things become easier.

“It was tough at the beginning because I wasn’t fit. We won the World Cup [in 2010] and I had only two weeks to rest and when I came here, I realised how tough this league was. It was physically strong so I had to get fit.

“I think it was about two months and then I scored the Blackpool goal [his first Premier League goal during a 3-2 win] and my confidence increased.”

Silva also commented on his future at the club, knowing that City could choose to sign a younger player to replace him at any point.

“I don’t have a plan [for the future]. Now, I just want to enjoy it more because I’m 33 and someday, football will be over for me. I want to enjoy life more after what happened with my son, and enjoy time with my family and friends.

“I don’t think too much, I just play every game and try in every training. I don’t think about the future. Maybe more now because I’m older, but before I just enjoyed playing and working hard and that’s it.

“This club is progressing well and they want to sign good players so someone will come in to replace me. Another year, playing at a high level and winning titles, it is not easy in England so that is why I think they like me.

“When you do something which is not good for your body, you can feel it more [as you get older], but in my head, it is still the same so when this is not going well, there is a problem. For now, it is still fresh so I’m feeling good.”