As we wrap up the year, we take you down memory lane with a comprehensive list of the year 2022’s news that dominated headlines.

It was a historic year where Kenya experienced a swift change of power after intense months of high octane political fighting with three friends who turned political enemies taking either side fighting for power.

For nine months, election campaigns dominated news headlines with any other event being overtaken hence the majority of top trending stories being politics as shown in the list below of the top stories on Opera News.

After a successful day of lining up at polling stations across the country to cast their ballots on August 9, Kenyans retreated to their homes to follow up on the results of the election.

The live updates provided an uninterrupted live stream coverage of the results on the three main TV stations (Citizen TV, NTV and KTN News) as they streamed from different parts of the country.

Baringo Deputy Governor Charles Kipng’ok died moments before boarding a plane while heading to Mombasa to attend the governor’s induction.

The news attracted a huge audience because of the time it happened as the county boss had just been sworn into office after the August elections.

In the run up to the August polls, the then Murang’a Woman Rep Sabina Chege was summoned the IEBC Disciplinary committee following utterances she made accusing the polls body of planning to rig elections.

This sparked interest due to the simmering antagonism between the main rivals in the polls, Kenya Kwanza and Azimio, as each camp had its say regarding the matter.

After a grueling six days of anxiety, tension and propaganda, IEBC announced that it would declare the winner of the presidential election on August 15 with William Ruto and Raila Odinga supporters glued to the screens.

Business and work stations came to a halt as millions of Kenyans retreated to their houses to watch the declaration hence making this one of the most watched news pieces. The events at Bomas of Kenya, the national tallying centre, created a lot of tension hence many Kenyans were eager to follow it blow by blow. 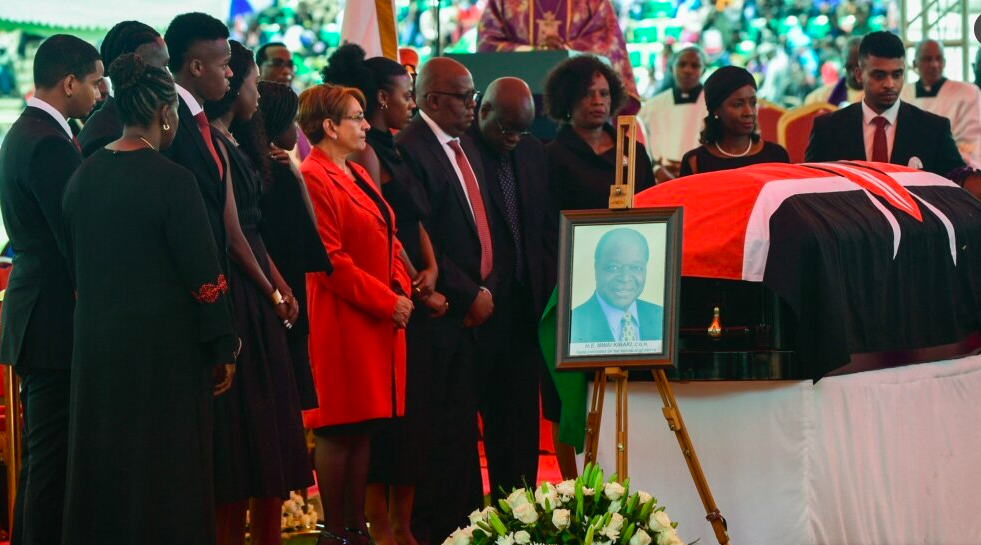 Hailed as Kenya’s best president, Mwai Kibaki’s journey came to an end as he passed on in April throwing the country into national mourning.

The then head of state Uhuru Kenyatta announced a couple of national holidays to celebrate the life and times of the third president.

A huge snake slithered its way into former vice president Kalonzo Musyoka’s home as he was leading a meeting of Ukambani leaders.

The news made headlines as it came at a time when Kalonzo was still blowing hot and cold on whether to join the Azimio la Umoja or Kenya Kwanza coalition and the fact that a snake could make its way in such a high level meeting was weird as  it was shocking.

Coming at the height of the heated campaigns and a tussle between the then president and his deputy, the news of senior Cabinet members abandoning the head of state was big and of great interest.

The leaders involved in the defiance of the president was not expected hence it was big breaking news.

The news of CS Charles Keter resigning and joining then Deputy President William Ruto was big as it proved there being two different camps in one government.

His defiance of the then President came at a time when a scramble for power was at its all time high and tensions over the roof. He was a person of interest.

During the heated campaigns of 2022, Kalonzo Musyoka was in the eye of a storm as he was found between a rock and a hard place in making a decision on which side of the two leading camps he would join to salvage his career.

The news that he had been locked in the Azimio camp despite his intention to leave and run for the presidency was of great interest to the people. He was wanted on both sides of the camps making his every move a top news story.

Ruto has sensed defeat ahead of August polls – Raila

The smear campaign against the two main contenders of the presidency in the 2022 elections was always juicy and of great interest.

Ruto was deemed to be ahead in campaigns having campaigned for over three years hence a new twist alleging he was afraid or sensing defeat was a good viral topic.

Having won the presidency against all odds, the then Deputy President’s every move was closely monitored, especially how he handled his former boss, the outgoing president.

By making the call, as is tradition in most democracies, it was bound to be a viral topic and it lingered in the political field for several days.