The long-awaited FIFA world cup tournament kicked off on Sunday with the host Qatar team playing against Ecuador at Al Bayt Stadium. The opener match saw Ecuador win 2-0 against Qatar making the team the first world cup hosts in history to lose in their opening match.

The match was watched by 67,372  fans who had gathered for the opening ceremony. Some of the dignitaries who were present during the event are FIFA president Gianni Infantino and Saudi Arabia’s Crown Prince Mohammed bin Salman. The event kicked off with a performance from South Korean artist Jung Kook which was followed by a strong message of diversity from Morgan Freeman and Qatari activist Ghanim Al-Muftah who gave a welcoming statement.

There have also been reports of police swiftly controlling the crowds in the World Cup fan zone in Doha where excited fans are said to have turned up in overwhelming numbers.

Qatar officials made it clear that all are welcome in response to several concerns about their stand on LGBTQ community. The Gulf state is looking forward to hosting millions of fans for the month-long tournament that ends on December 18.

In other news, President William Ruto has urged Kenyans to join him in prayer for the country’s revenue to go up. His plea has attracted mixed reactions from critics who have advised him to lay out strategies that will help boost the revenue instead of relying on faith alone.

Which team are you supporting in the 2022 FIFA world cup tournament?

News Just In: Ruiru Building Where Tenants Were Evacuated After Cracks Developed Has Collapsed According to the available reliable reports that we have received from Thika Town Today, the building is said to have collapsed this morning at about 4AM. There is a simmering dispute in the ruling Kenya Kwanza alliance as ministry of interior and national administration cabinet secretary Prof Kithure Kindiki is engaged in a protracted battle with the party secretary general Veronica Maina, now a nominated senator. 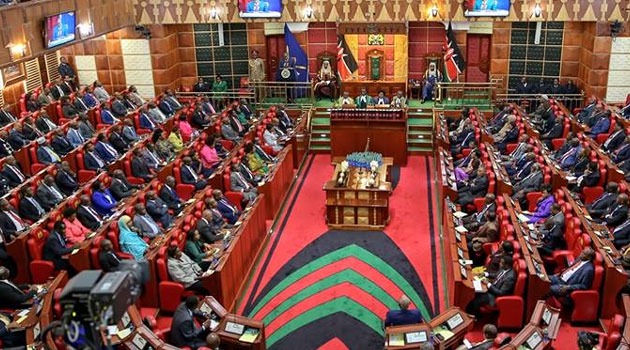 A youthful member of parliament in his first time in the August house is a troubled man. This is after his wife was reliably informed that he was having an extramarital affair with a wealthy woman almost three times his age.