Good morning,
The increased wanton mugging in the streets of Nairobi has called for swift action from President William Ruto.

The officers were seen patrolling the streets of Nairobi on Wednesday after desperate calls from city dwellers who have been at the mercy of knife-wielding robbers.

The president also asked the police not to take a political stance while discharging their duties.

Addressing the Regional Police Commanders at the State House on Wednesday, Ruto said they must serve Kenyans fairly, irrespective of their political or ethnic affiliation. 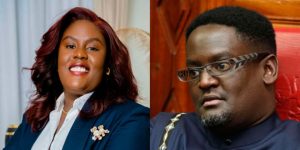 President William Ruto yesterday unveiled five party-backed regional assembly nominees as he appeared to set a trap for Azimio leaders Raila Odinga and Kalonzo Musyoka, who have both fronted their kin for the top jobs.

MPs are today expected to vote on the nine representatives of Kenya in the East African Legislative Assembly (EALA).

President Ruto Finally Makes Up His Mind On Cherera And 3 Others, Issues The Following Instructions 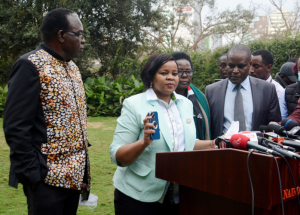 The future of the four dissenting independent electoral and boundaries commission (IEBC) Commissioners led by IEBC vice chairperson Juliana Cherera, Irene Masit and two others has been thrown into further doubt.

This is after it emerged that president William Ruto has given his troops strict instructions to ensure that Cherera and her team are officially kicked out of the office without further delay. 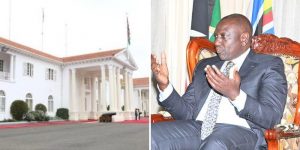 Did the sitting arrangement at a State House meeting expose some friction within the rank and file of the ruling United Democratic Alliance party?

Well, rumour has it that a high-ranking and vocal political leader was conspicuously missing from strategic VIP seats. It emerges that the politician had claimed to be calling the shots in UDA but received a shocker following what happened during the meeting.