Barely months after assuming office, one governor who has been at loggerheads with members of the County Assembly could be on the chopping block.

Constitutional activist Salesio Thuranira has initiated the impeachment process, arguing that there are sufficient grounds for removing Meru Governor Kawira Mwangaza from office over alleged gross misconduct and abuse of office.

The reasons for her impeachment are not limited to the appointment of the County Revenue Board General Manager, the governor’s husband’s participation in official meetings and the employment of two sisters, son-in-law and cousin in various positions.

If the petition meets the threshold, it will be presented for debate next week, and Mwangaza could be the first casualty to face impeachment.

In other news, President William Ruto’s ‘timekeeping’ skills have caught many off guard since he took the oath of office. From Mashujaa Day to State House meetings, President Ruto has outdone his predecessor in keeping time.

During President Uhuru’s tenure, “State House Time” was coined by Kenyans after his many state addresses, were delayed for hours against mentioned time. But Ruto, arrives even a few minutes earlier than usual, proving he is a no-nonsense president.

This could also be seen during the swearing-in of his cabinet ministers as they left the State House early to occupy their respective offices. 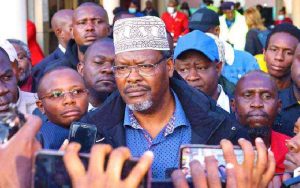 Battle for supremacy looms in Nyanza as Miguna Miguna once exiled in Canada returns to his ancestral home on Friday the same day ODM leader Raila Odinga is expected back.

Raila is on a holiday tour in India and is expected to be back in Nyanza to grace a number of social and political functions both in his backyard and in Nairobi. 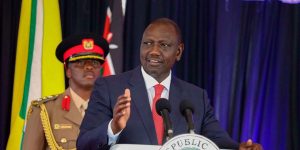 President William Ruto rewarded loyalists with seats in parliamentary committees but warned that he will not tolerate the positions being turned into deal-cutting avenues.

The President told MPs who attended the Kenya Kwanza Parliamentary Group meeting he will not entertain any “monkey business”, insisting that transparency and accountability will be a treasured traits. 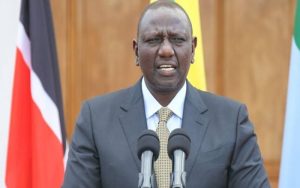 Workers could be forced to get a monthly pension contribution of a maximum of 6 per cent of their salaries to the National Social Security Fund (NSSF) towards their pension in new proposals by President William Ruto aimed at encouraging Kenyans to save more in the fund.

This means workers who have been contributing Ksh 200 every month will be forced to dip down into their pockets to facilitate Ruto’s plan.