Good Morning,
The battle for control of parliament is finally over as President William Ruto’s party is the majority.

National Assembly Speaker Thursday declared Kenya Kwanza the majority party in parliament with 179MPs while Azimio is the minority with 157MPs.

This means that Kenya Kwanza will nominate the leader of the majority and Azimio to go back to the drawing board to make their minority nominations.

Azimio la Umoja One Kenya coalition had already nominated its leaders as a majority party.

In other news, President William Ruto is out of the country and is set to visit three countries; Ethiopia, Tanzania and Uganda.

President Ruto oversaw the official launching of Safaricom in Ethiopia as the giant telco sets shop a year on. This means Safaricom is ready to open other services like Mpesa in Ethiopia.

President Ruto’s other crucial visit is to Uganda, a landlocked country bordering Kenya through the Western part of the country. Ruto is among the guests attending Uganda independence day celebrations.

The visit comes days after President Museveni’s son, Gen Muhoozi, hinted at capturing Nairobi as seen through his tweets.

Uganda has since apologized for the tweets and disowned the message portrayed by Muhoozi. 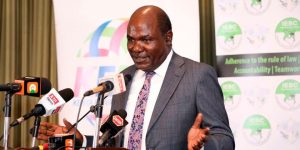 Independent Electoral and Boundaries Commission (IEBC) chairperson Wafula Chebukati’s wife Mary Chebukati Wanyonyi is among those shortlisted for the positions of Principal Secretaries by the Public Service Commission (PSC).

Also on the list are around 20 PSs who served under the Jubilee administration as well as members of President William Ruto’s economic advisory council. 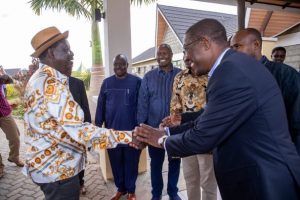 Speaker Moses Wetang’ula ruled against Azimio in the majority status fight in a day of high drama ending the month-long standoff between the two sides on who has the controlling numbers. 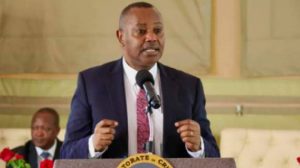 The National Police Service Commission (NPSC) on Thursday, October 6 approved the transfer of services for George Kinoti, the former Director of the Directorate of Criminal Investigations (DCI).

According to NPSC, Kinoti has been transferred from the NPSC to Public Service Commission (PSC) with remuneration and privileges personal to himself, with effect from 27th September 2022 until attainment of mandatory retirement age.