Barely a month into President William Ruto’s reign, Kenyans and Hustlers, in particular, could have started experiencing part of his promises during campaigns.

On Wednesday, the head of state met officials from Treasury, Central Bank, Safaricom, Kenya Commercial Bank (KCB) and NCBA. It was after the meeting that Ruto said the lenders had agreed to develop a new credit score system as opposed to blacklisting customers.

Ruto announced that between 4 to 5 million Kenyans who had been listed on CRB for defaulting Fuliza loans, will, by the beginning of November be out of the CRB blacklist.

Ruto said his government would work together to provide a platform that favours all stakeholders and does not sideline a section of people. This means that the 4 million will from December, be allowed to access bank loans after CRB clean-up.

During his campaigns ahead of the August election, President Ruto had pledged to review credit listing to open up access to credit for people barred from borrowing over the negative listing.

Do you think Ruto is on the right path to fulfilling all of his campaign promises? 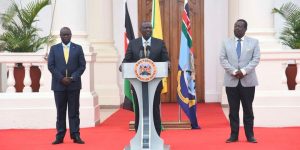 After assuming office, Dr Ruto immediately assembled loyal troops to help him craft a team that would reflect the face of Kenya. 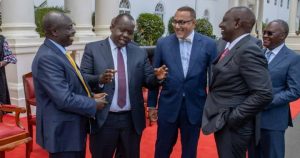 With Ruto having named his cabinet and Parliament expected to vet them soon, eyes have been directed at Ruto’s key soldiers who did not make it to the cabinet.

They include Economist David Ndii, former Machakos Senator Muthama and Nanok. The three were very influential in Ruto’s campaigns due to the great role they played, it was thus assumed that they could be appointed to the cabinet.