Good Morning,
Double Olympic marathon champion Eliud Kipchoge has again put Kenya on the map after breaking his record at the Berlin Marathon.

Kipchoge has beat his World record by 30 seconds, winning the Berlin Marathon for the fourth time.

Kenyans from all walks of life joined President Ruto and ODM leader Raila Odinga in congratulating Kipchoge for the deserved win.

President Ruto termed Kipchoge as the ‘King of Marathon’ while Raila said he is the best Marathoner there ever is.

In other news, President William Ruto has jetted back into the country after attending Queen’s burial in the UK and later United Nations General Assembly meeting in New York, USA.

His first assignment after landing in the country was to convene a thanksgiving prayer at State House, Nairobi.

President Ruto tasked clergy with blessing the house on the hill.

“Please don’t leave after lunch. Speak a word of blessing in this compound. Those who can speak in tongues speak around this compound. We will ask the senior clergy to pray over this residence,” he said.

He also urged the clergy to pray for the ailing economy lamenting that 65 per cent of taxes collected are used to pay debts. 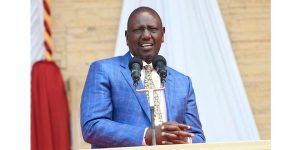 President William Ruto is expected to overhaul the security docket to align it to his plan.

This could seriously affect the personalities in the ruling coalition frequently referred to as “deep state” during campaigns ahead of the August 9 General Election. 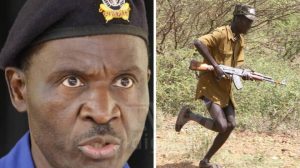 The National Police Service has launched an elaborate security operation in Turkana County following the murders of eight police officers, a chief and two civilians on Saturday.

The commencement of the operation was upon orders issued on Sunday evening by President William Ruto. 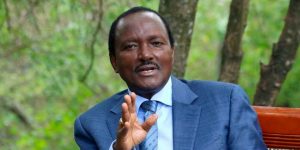 Having come to terms with last month’s electoral shocker, the Azimio la Umoja-One Kenya coalition has finally opted to settle down in the opposition amid questions as to who exactly is steering the blue ship.

With President Uhuru Kenyatta’s departure and Raila Odinga’s loss to the Kenya Kwanza candidate William Ruto, it remains unclear whether the two key principals will want to continue as the political faces of Azimio now and beyond 2027, or if they will instead play the kingmaker role by propping up another politician as the coalition’s flag-bearer.