Today marks the second week of President William Ruto’s tenure and the hustlers, the majority of those who voted him in are already blaming the 6-day-old government.

The new government has already stopped the fuel subsidy, a contributor to the hiking of prices of goods and services but promised that things would eventually be okay.

Kenyans have been urged to buckle up because it will be worse before it gets better. Nandi County Senator Samson Cherargei revealed last week that the outgoing President Mr Kenyatta left only Ksh93.7 million in the treasury.

Deputy President Rigathi Gachagua Sunday night asked Kenyans to be patient because the government is broke.

According to DP, it will take about three months before hustlers could reap benefits from their government with the focus being on the agriculture sector.

“We need to do a lot to boost production. We must spend a lot of time and money on agriculture and that is the way to go. And I can tell the people of Kenya in another 2-3 months they will start seeing things picking up,” he said.

It looks like boosting the economy is not the only thing that will take time for Mr Gachagua. He also revealed that he is not moving into his official Deputy President residence yet since he is still grappling with the news that he is really in government. 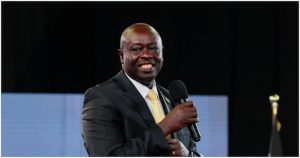 Kenyans will have to tighten their belts for hard economic times for long after it emerged that the government is broke worsening the current high cost of living.

Despite unveiling a juicy manifesto on June 30 and making flowery promises on the campaign trails, President William Ruto has been hit with the economic reality of the country, throwing him into disarray as far as implementation of his pledges are concerned. 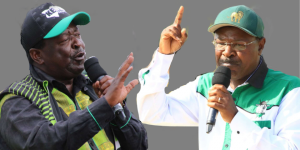 In one of the most discrete political plots ahead of this year’s elections, President Uhuru Kenyatta’s handlers first identified Amani National Congress (ANC) party leader Musalia Mudavadi as his preferred successor.

Midway through the execution of their scheme in 2019, however, they shifted attention to Orange Democratic Movement (ODM) leader Raila Odinga because he best suited their interests. 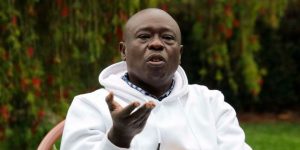 Deputy President Rigathi Gachagua says he has no apology to make after hitting at former president Uhuru Kenyatta during their swearing-in at Kasarani Stadium.

In his inauguration speech after taking the oath of office, Gachagua launched a scathing attack on Uhuru in front of dignitaries.