Good Morning,
As Kenyans get ready to usher in the new administration, President-elect William Ruto has promised to change how things are done in his government.

During a thanksgiving service Sunday morning in Meru, he promised to deal with the Miraa cartels and have talks with Somalia’s president for a smooth trade partnership between the two countries.

“When you find yourself in a hole, the logical thing is to stop digging, so I asked them whether we could stop. They, told me we have to continue digging but, I assure Kenyans that we will get out of it,” he said.

All these include an overhaul of the government, which Ruto has promised to start as soon as he is sworn in on Tuesday, where over 20 Heads of state are expected to attend. 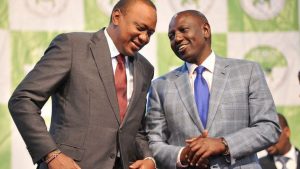 Details have emerged on what role President Uhuru Kenyatta will be serving in President-Elect William Ruto’s government even as his ten years tenure officially ends tomorrow.

Political analysts argue that President Kenyatta who chairs the Azimio council and Jubilee party should keep his hands off politics like his predecessors however that might not be the case. 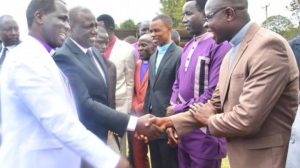 President-elect William Ruto yesterday called on Kenyans to be ready to pay taxes to help the country recover the huge debt incurred by the outgoing administration.

Speaking at Maua Stadium in Meru county where he attended a thanksgiving ceremony two days to his inauguration, Ruto revealed that officials at the Treasury had confided in him that the country had an outstanding debt of close to Sh10 trillion. 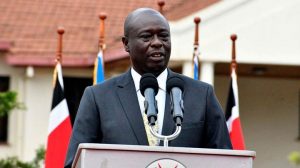 If he was looking forward to wielding power and influence as the Mt Kenya kingpin after retiring, President Kenyatta’s hopes were completely dashed with the outcome of the 2022 presidential election when his preferred candidate, Mr Raila Odinga, was defeated by Deputy President William Ruto.

The result was also a stunning rejection of the outgoing president in his own Mt Kenya backyard where the presidential vote decisively went to Dr Ruto, whose United Democratic Alliance (UDA) swept virtually all the seats.