After weeks of speculations and a fortnight-long grueling court battle, Kenyans will next week have a new President by the name of William Samoei Ruto.

This is after the Supreme Court of Kenya, led by Chief Justice Martha Koome, ruled to uphold Ruto’s victory announced on August 15 by the Independent Electoral and Boundaries Commission (IEBC).

Soon after the ruling, Azimio chief Raila Odinga said that he respects the court’s decision but maintained that he vehemently disagrees with the findings.

Moreover, Azimio coalition chairman and outgoing President Uhuru Kenyatta questioned whether the judiciary was consistent in making rulings on the presidential petitions.

The Head of State, who did not congratulate his successor and deputy during his address to the nation, stated that the court’s decision needed to be scrutinised so that the country’s democracy is made stronger.

However, President Kenyatta noted that the Supreme Court is the only institution mandated to rule on such petitions and maintained that he would respect the judges’ decision and ensure a smooth transition.

On his part, Ruto, during his address to the nation at his Karen residence, said he had not spoken to Uhuru for months but he would have a call with him to discuss the transition.

Do you think President Uhuru Kenyatta’s relationship with his deputy is likely to improve during this transition period? 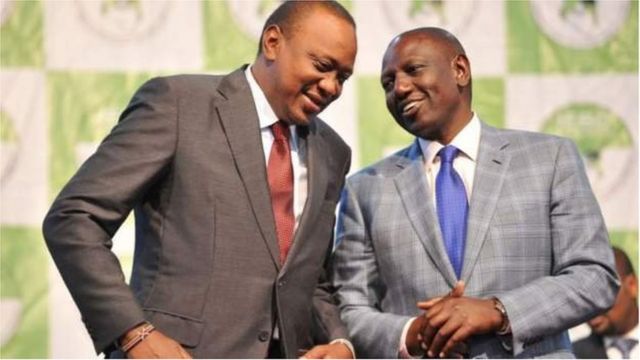 Former Nyeri Town MP Ngunjiri Wambugu has hit out at President Uhuru Kenyatta for failing to congratulate President-elect William Ruto after the Supreme Court decided to uphold the latter’s election on Monday.

While speaking in a recorded speech sent to newsrooms, Uhuru failed to congratulate the President-elect upon his election as Kenya’s fifth President. Instead, he paid tribute to all the winners of the August 9 general election.

Another Petition Filed Against Chebukati, Marjan

A fresh petition has been lodged in the High Court seeking the removal of chairperson of the Independent Electoral and Boundaries Commission (IEBC) Wafula Chebukati, CEO Marjan Hussein and two commissioners over allegations of gross misconduct in the conduct of the 2022 election.

US Message to Ruto, Raila After Supreme Court Judgement The US Secretary of State Antony Blinken congratulated Ruto adding that they looked forward to working with his Government.