3 days after Kenyans cast their votes to elect their leaders, the country awaits the defining moment which will see the IEBC chair Wafula Chebukati announce the winning presidential candidate.

Even as anxiety and pressure build up, the IEBC has been managing the expectations and urged Kenyans to keep calm as they continue with the vote verification process.

The constitution allows for a 7-day period since voting day for the presidential election results to be made public, IEBC chair during his statement assured Kenyans that they are working around the clock to ensure that the exercise is concluded as soon as possible.

As of Friday morning, the IEBC had received 46201 of 46229 form 34 As and 186 of 291 form 34Bs. Wafula Chebukati during a press conference on Thursday also announced presidential results from one constituency.

With the race being one of the tightest in the country’s election history, Kenyans are impressed that some leaders who had vied for other parliamentary seats and lost in this election have been quick in conceding defeat.

It’s however not been all smooth as some leaders have expressed their dissatisfaction with how the exercise is being conducted citing slowness and irregularities in some regions. One of the major concerns recently reported is allegations made by the jubilee party claiming that the Ruto-affiliated party rigged elections in 33 MT Kenya constituents. The UDA party is however yet to respond to these claims.

As of Thursday evening, the leading parties in the battle for the presidential seat; Azimio & UDA had already set up venues at KICC and CUEA respectively as they wait for the final declaration by IEBC.

In your opinion, what do you think of IEBC’s performance in terms of handling the election exercise this year? 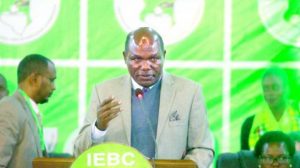 Azimio flagbearer Raila Odinga and Deputy President William Ruto — the two leading contenders in this year’s presidential race, were last night locked in a neck-and-neck race to bag at least 7,082,280 votes. First of the two to bag this magic number can consider himself president-elect. 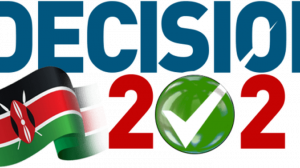 Elections were held across the country except for some places where they were postponed by the Independent Electoral and Boundaries Commission (IEBC). Out of the 47 counties, only 45 participated in the elections for all six elective seats.

Raila and Ruto battle for supremacy in Parliament 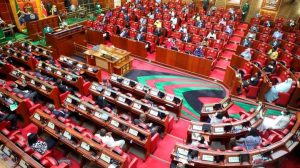 What you need to know: As the presidential election results continued to trickle in yesterday, the focus shifted to the battle for Parliament, the other arm of government where a president commanding the majority enjoys the legroom to implement his policies and programmes, but would be severely hamstrung if in a minority.

For either of them, winning the presidency but not controlling Parliament, which is made up of the National Assembly and the Senate, would come at the risk of having legislative and budgetary proposals constantly thrown out or delayed, and in the worst-case scenario, face threats of impeachment.