The fastest man in Africa, Ferdinand Omanyala, is all smiles after winning Kenya’s first Gold medal in the 2022 Commonwealth Games in the 100M men final in Birmingham.

The win comes weeks after dramatic entry to World Championships in Eugene, Oregon, where his visa was delayed and affected his performance. He said that the challenges were just but a stepping stone.

In other news, as we draw closer to the hotly contested 2022 Presidential elections, it seems politicians are becoming a confused lot and tension ahead of this defining moment can be felt.

The young and promising party that captured the hearts of the youths is facing serious problems after principals clashed on who to support between the two top contenders.

Roots Party leader Prof George Wajackoyah Wednesday denied allegations that he endorsed ODM boss Raila Odinga for the presidency after he appeared to support him in a viral video.

This was the second time he is showing support for Raila. In the first instance during his Kisumu rally, he urged residents to either vote for him or Raila; because both are from the Western side of the country.

However, Wajackoyah’s running mate, Justina Wamae, is pro-Ruto. Speaking to Citizen Wednesday, she confirmed that indeed Wajackoyah was supporting Raila Odinga, but on a personal level.

“It is true the allegations that my principal and party leader is supporting Azimio, but we have not discussed that as a party; we have not agreed, neither have I been consulted,” she was captured on Citizen TV.

She added that if things take a different turn, she would support the Kenya Kwanza Alliance.

If push comes to shove, do you think the Roots party would be a deciding factor on who takes the day between Raila Odinga and William Ruto? 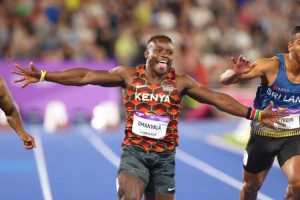 Ferdinand Omanyala did Kenya proud as he won the 100m men’s race in a time of 10.02 seconds. He is now the first Kenyan to win the race in over 60years.

Omanyala requites himself from the World Athletics Championships results. He is now the Commonwealth champion as well as African record holder. 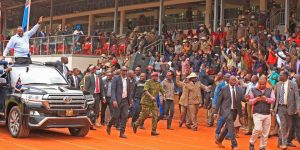 He equated Dr Ruto to a lone ranger in a race that needs the support of many people, saying the ‘deceit and insults’ will lead to failure.

He castigated his deputy for neglecting his duties even as he praised Interior Cabinet Secretary Fred Matiang’i as a ‘trusted and humble leader’.