I hope your week is going on well and you are ready to end the week in high spirits.

Now, preparations for the August 2022 elections are ongoing and the electoral body that is tasked with conducting and supervising the elections; IEBC, on Thursday, proved its preparedness by announcing the arrival of the first batch of ballot papers.

According to media reports, IEBC Chairman Wafula Chebukati assured Kenyans that they have followed the required measures to achieve free and fair elections including the move to print ballot papers in the exact number as that of registered voters.

Even amid the ongoing preparations, a section of Kenyans took to the streets of Nairobi on Thursday threatening to boycott elections if the government fails to reduce the prices of essential commodities. Over the past weeks, Kenyans have been lamenting about the increased cost of living which has been unbearable.

In other news IEBC Chairman Wafula Chebukati finally issued a statement days after Azimio la Umoja presidential candidate Raila Odinga dared him to address claims that linked senator Wetangula to the company tasked with the printing of ballot papers.

The commission’s chair, termed the allegations as malicious and untrue as he warned politicians against profiling of civil servants and attempting to ruin their reputation. He further dismissed claims made by Suna East MP Junet Mohammed who suggested that he had a secret meeting with Wetangula to discuss the ballot tender deal.

“As the chair of commission I have never sat with an individual to discuss procurement and it is very unfortunate for politicians to stoop that low to malign the chair. I want to challenge politicians to focus on talking about their issues to the electorate,” he stated. During the show, the DP aired out his concerns about the media where he accused the fourth estate of being biased against him.

Cracks In IEBC? Confusions As Commissioners Deny Knowledge of Purchase of Ballot Papers Raila Odinga’s faction has alleged a plan to rig election in favor of DP Ruto. The team has suspected Senator Moses Wetangula as the link to the Greek ballot paper team that won the printing tender.

However, the Kenya Kwanza Alliance team has refuted these claims by saying that Raila has started panicking even before the actual election day. They say that this is the usual behavior of the ODM party boss. 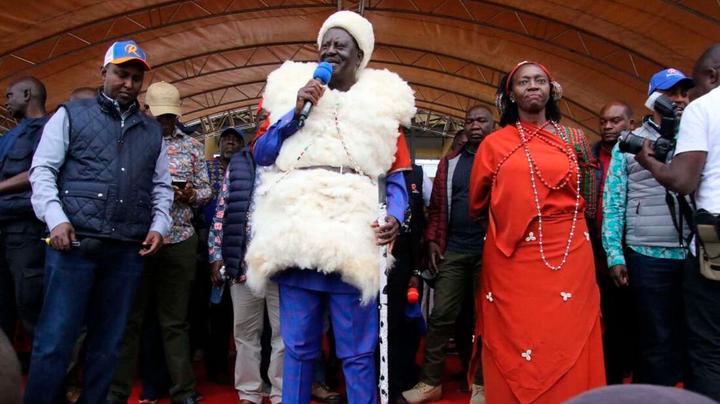 Azimio la Umoja One Kenya Coalition presidential candidate Raila Odinga has declared that his team will not boycott the August 9 General Election even as he exuded confidence that they would win by more than 70 per cent of the votes.