It is exactly 32 days to the August 9 polls and the Independent Electoral and Boundaries Commission(IEBC) has found itself at the centre of a political storm over its preparedness to conduct a fair and credible election. 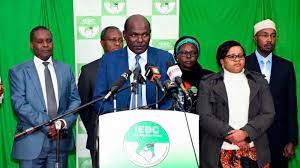 One of the major concerns aired out by stakeholders is the failure by the IEBC to fulfil some of the requirements of the law regarding the testing of the equipment, result transmission, voter register and the commission’s unwavering insistence that it will only use the electronic voting and result transmission systems and do away with the manual register, which it has said can be used to abet ballot stuffing.

This inevitably contributed to their woes after Azimio-One Kenya Coalition Presidential candidate, Raila Odinga threatened to boycott elections if the commission does not allow the use of manual voters’ registers.

The stern position taken by the former premier has been criticized by his opponents as a scheme to rig the votes by his support system.  Some politicians have even called him out as the master of double speak as he was against the practice when he was vying in 2017.

To add insult to injury, a coalition of independent candidates has given IEBC seven days to clear candidates who were disqualified for failing to produce photocopies of the national identity cards.

The organisation was among the petitioners that went to court to challenge the requirement that persons seeking to run for elective positions as independent candidates supply copies of national identity cards of their supporters. 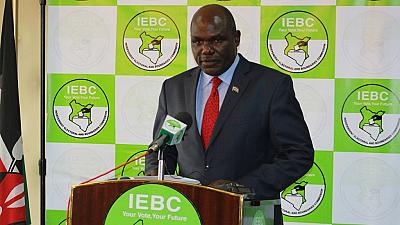 The Independent Electoral and Boundaries Commission (IEBC) spent the majority of Wednesday, July 6, in a crisis meeting to discuss the options open to them in the wake of the annulment of a rule requiring presidential candidates to present at least 48,000 signatures and copies of supporters’ identification cards for clearance.

According to media reports, the IEBC Commissioners and its legal team met to discuss all of the options, including appealing Anthony Mrima’s High Court decision.

Witness testifies on how Waititu made 16 transactions to buy hotel

A witness in a graft case against former Kiambu Governor Ferdinand Waititu told the court how 16 transactions were allegedly made for the payment of Ksh380 million property with a downpayment of 10 per cent.

Rahab Mwihaki Karuki, who is the Director of Superior Phone Communications, told Chief Magistrate Thomas Nzioki that Waititu allegedly paid some of the money to Lake Naivasha Resort and that certain amounts were allegedly used to buy Delta Hotel.