A sensational exposé emerged on Sunday of how the animosity between President Uhuru Kenyatta and his estranged deputy William Ruto after the disputed 2017 elections could have started.

In the report by one of the local dailies, DP Ruto claimed he almost slapped President Uhuru Kenyatta after a heated argument on the day that their 2017 win was annulled by the Supreme Court.

The DP, while addressing Kikuyu elders in a meeting held on Friday at his official Karen residence in Nairobi, reportedly claimed he almost slapped his boss after he said he would not run in the repeat poll.

In the meeting, Ruto further claimed that he was the one who convinced Uhuru, who had almost given up, to participate in the repeat polls saying there was no way the ruling Jubilee party could have lost the polls.

According to reports, the meeting was meant to demonstrate to the 1,200 elders who hail from Uhuru’s Kiambu backyard, that he (Ruto) did not abandon his boss as claimed.

However, Uhuru’s camp has dismissed those claims with a State House insider stating the president did not need any convincing to run in the repeat election.

Do you think Ruto played a keen role in convincing Uhuru to participate in repeat polls as he claims? Or is it just a political gimmick to show how he stuck with his boss and partner during their difficult times?

Raila Warns Ruto About Using This Nickname On Him

As the election date draws nearer, the two main candidates are leaving nothing to chance as they each go for each other in a fierce political fight that has involved name-calling. 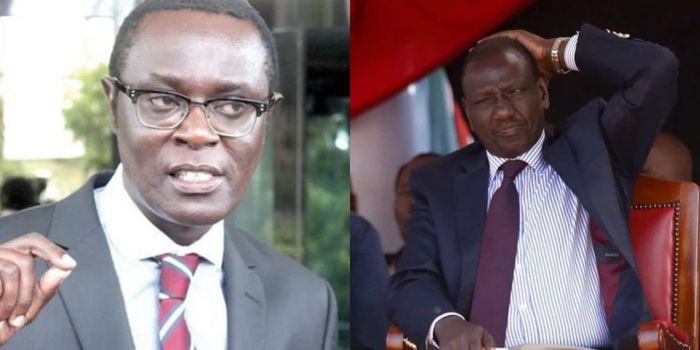 The audio of the Deputy President William Ruto engaging in an ugly altercation continues to attract rave reviews with political players and scientists sharing their thoughts about the same.

Seasoned political analyst Mutahi Ngunyi, a fierce critic of Deputy President William Ruto has caused a frenzy with his late-night tweet about the genesis of the audio.

Manyora Predicts What Will Heartbreak Ruto on August 9

Political analyst Herman Manyora has claimed that he has bad news for Deputy President William Ruto and his running mate Rigathi Gachagua.

Manyora thinks that Ruto and Gachagua would lose in the August 9 General Election. He says that anyone can lose in the election which will not be a new thing.