We are now exactly seven weeks to the highly anticipated general elections and already political intolerance has started rearing its ugly head once again.

The ugly scenes witnessed at Jacaranda Grounds on Sunday before the Kenya Kwanza rally, whether stage-managed or planned by their rivals should be condemned by every peace-loving Kenyan regardless of which political divide one is aligned with.

Meanwhile, the Independent Electoral and Boundaries Commission (IEBC) Disputes Tribunal last evening slammed the brakes on Mike Sonko’s bid to be the governor of Mombasa.

IEBC upheld the decision of the Mombasa County Returning Officer who had rejected Sonko’s clearance for the gubernatorial tussle after he failed to submit his original degree certificate and a certified copy of the same, in breach of article 75 of the Kenyan constitution.

However, the former Nairobi boss vowed to head back to the court today to appeal the tribunal’s decision even as his Wiper Party was granted the green light to nominate another candidate for the Mombasa seat.

Do you think Sonko still stands a chance of vying for the Mombasa gubernatorial seat after IEBC’s decision?

Kabogo: Karua Too Strong for Gachagua in Mt Kenya 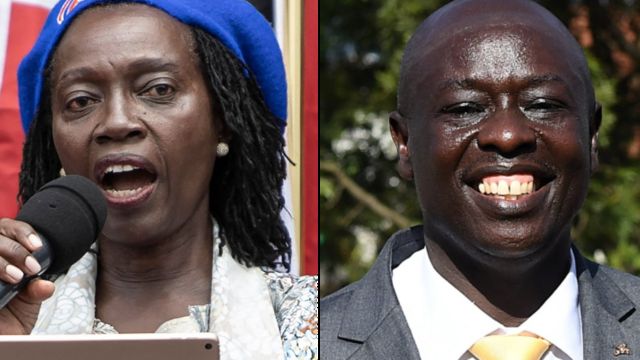 One of Deputy President William Ruto’s Kenya Kwanza Alliance (KKA) principals William Kabogo and his Tujibebe Wakenya Party on Monday hinted at exploring the option and potential of linking up with the Roots Party and its Presidential aspirant George Wajackoya.

Mr Kabogo, the former Kiambu governor who is now seeking to reclaim his seat and is heavily challenged by Senator Kimani wa Matangi of UDA party, Chama Cha Kazi’s Moses Kuria and Thika Town MP Wainaina wa Jungle (Independent), has of late exhibited restlessness, complaining that he is being undermined as a principal in Kenya Kwanza Alliance.
Read more…

Yesterday, IEBC Chairperson Wafula Chebukati revealed that they had finally narrowed it down to three main suspects who orchestrated the illegal transfer of voters in the IEBC’s register.

Chebukati who spoke on Monday said they have forwarded the names of these three crooks to the authorities for the appropriate action.

Ruto Calls For A Crisis Meeting At His Karen Office

Reports have emerged that Deputy President Dr William Ruto who is also the Kenya kwanza presidential candidate has called for a crisis meeting at his Karen office to solve some issues inside his Kenya Kwanza movement.

Ruto has called for this meeting to reconcile with the three Kenya Kwanza principals who had picked wars with his UDA party.