After getting clearance certificates from the Independence Electoral and Boundaries Commission (IEBC), presidential candidates have promised to hit the road on a campaign trail like never before.

The biggest rivals; Deputy President and UDA presidential candidate William Ruto and Azimio la Umoja- One Kenya coalition candidate Raila Odinga have continued hitting at each other to woo supporters.

While the two are throwing jabs at each other, residents of Turbo in Uasin Gishu County were seen celebrating Ruto’s clearance. A resident who happens to be a former DP Ruto’s classmate in primary school, Truphosa Chebatip, has come out to say the second in command had no leadership skills.

“I was a bell ringer, Ruto was just a mere student, polite, and was not in any leadership role,” Truphosa told a local daily.

Truphosa has also asked DP Ruto to consider meeting his former classmates who are wallowing in poverty.

In other news, a Zimbabwean has been charged for spreading lies on social media about the toe-selling business that created a buzz a fortnight ago.

A 40-year-old man was charged with tainting the image of the country after he was captured in a video saying he was part of the buyers.

The video attracted both local and international media which prompted the gov’t to take action against the hoax.

The claims that South African people had resorted to selling their toes due to hard economic times went viral in neighbouring countries, Nigeria and Kenya. Many Kenyans jokingly said they were ready to travel to Zimbabwe to kick out poverty.

Raila, Kalonzo Jet Out of the Country 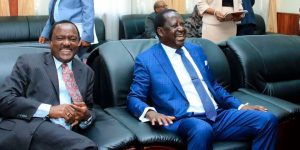 Azimio Presidential Candidate Raila Odinga and his Chief Cabinet Secretary nominee, Kalonzo Musyoka, are out of the country on private missions, sources within their camps have intimated.

Mr Musyoka reportedly flew out of the country on Tuesday evening while Mr Odinga left the country Wednesday morning.

Officials in Mr Odinga’s camp remained guarded, only confirming what they referred to as a “short trip” that came barely 48 hours after the Azimio manifesto launch. 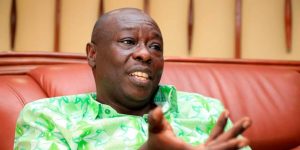 Speaking during the Kenya Kwanza campaigns in Timau, Kibirichia, Mwichiune and Kariene markets on Wednesday, Mr Gachagua termed the opinion polls as misleading, exuding confidence his team would win the August election. 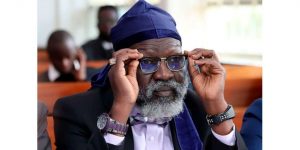 According to Wajakhoya, he will ruthlessly kill by hanging all corrupt leaders on his first day in office.

Wajakhoya will also suspend the constitution for the next six months if elected as the 5th Kenyan president.
Read More….