After the clearance of presidential candidates, yesterday we entered into one of the key phases of the electioneering period, the launch of manifestos.

Azimio la Umoja – One Kenya presidential candidate Raila Odinga revealed an ambitious plan that he has for the country in his ten-point manifesto that was launched yesternight with pomp and color at the Nyayo Stadium.

The former Premier had a myriad of promises for Kenyans including improved healthcare through his BabaCare program, social welfare protection, stemming corruption, and creation of jobs for millions of unemployed Kenyans.

He also promised to revive and expand industries, revive the Kazi Mtaani program, provide loans with a 7-year grace period as well as address key issues faced by Kenyans within the first 100 days in office, among others.

His main competitor, Deputy President William Ruto, is set to launch his manifesto within the month.

Do you think such ambitious manifestos mean much to the ordinary Kenyan voter? Can voters’ choices be influenced by how much ambitious a candidate’s manifesto is? 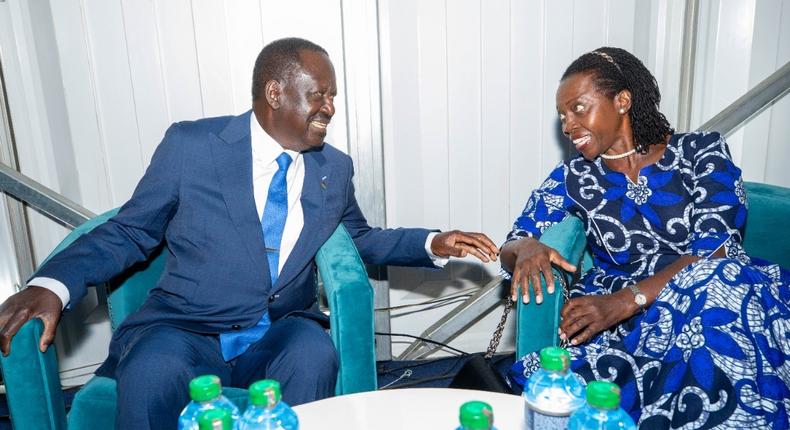 Azimio One Kenya Alliance presidential candidate Raila Odinga has promised to address the hiked food prices and skyrocketing cost of living in his first 100 days in office if he ascends to power after the August 9 general election.

While unveiling his manifesto, the former prime minister said his government will immediately come up with a blueprint that will see the cost of living fall as he takes oath, Raila noting that his government will focus on three major areas, Economic Revolution, Social Transformation and Good Governance. The Kenya Kwanza Coalition now wants preparations for the August 9 polls stopped until the electoral commission addresses the alleged irregular transfer of voters in its electronic register.

The coalition led by Deputy President William Ruto has been up in arms with the Independent Electoral and Boundaries Commission (IEBC) over the suspected illegal transfer of voters they argue largely affects voters from regions they claim to enjoy more support. Yesterday night, Azimio la Umoja flag bearer Raila Odinga made public his manifesto just hours after he was cleared to vie as a presidential candidate in forthcoming August polls.

However, During his manifesto, Raila made some interesting remarks about second-hand clothes (Mitumba) that have left netizens speaking around the country.