It is on a Thursday and the presidential race to the August general polls has gained momentum.

With Ruto going for Gachagua and Raila for Martha Karua, the new opinion polls have suggestively put Raila’s team in the lead ahead of Ruto.

According to Tifa research released on Wednesday, Raila has moved ahead of Ruto by 4%. The survey shows that if elections were held today, the Raila-Karua ticket would lead the tight contest by 39 percent against the Ruto-Gachagua pair from Kenya Kwanza who would garner 35 percent.

Raila’s lead was largely attributed to his naming of Narc Kenya party leader Martha Karua as his running mate. The polls were conducted on the 17th of this month a day after Rala named Martha and two days after Ruto unveiled Gachagua.

This came after a similar poll conducted by Tifa on May 5 showed that Raila was trailing Ruto by seven percent. At the time, Ruto polled 39 per cent, with Raila following at 32 per cent.

Do you think these polls reflect the actual happenings on the ground? Will Karua fetch more votes for Raila in Mt Kenya as compared to Gachagua for Ruto? 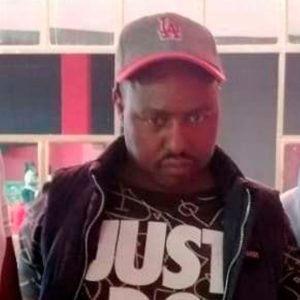 The man who was killed in a gangland-style shooting along Thika road was one of the most wanted men in the country.

But that is not all, he also comes from a family facing robbery charges and are suspected of leading an armed crime ring from their base in Juja, Kiambu County.

Uhuru Leaves Raila on His Own as Campaigns Start Officially It has emerged that President Uhuru Kenyatta has left ODM leader Raila Odinga on his own in the Azimio campaigns. It was expected that Uhuru Kenyatta would start vote hunting for the Azimio presidential candidate. However, Uhuru Kenyatta’s allies have indicated that the president would not hit the campaign trail. The careers of three leading governor aspirants hang in the balance after the Ethics and Anti-Corruption Commission (EACC) and the Directorate of Public Prosecutions (DPP) accused them of forging academic certificates.

Also walking a tightrope is former Nairobi Governor Mike Sonko, who the EACC and DPP say escaped from Shimo La Tewa prison in Mombasa in 1998.